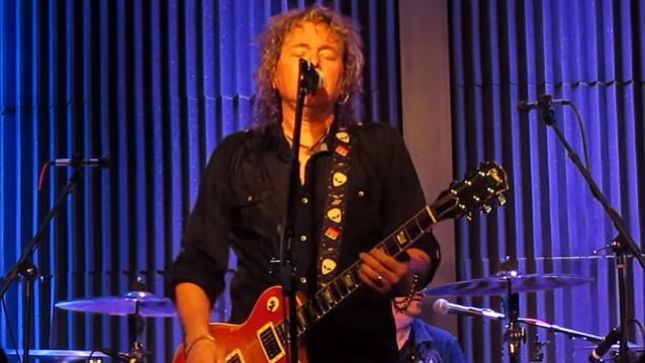 BBC News recently reported that several prominent musicians are suing the world's largest record label, Universal Music, after learning their music may have been lost in a fire.

The case, which seeks damages in excess of $100m, was filed by the estates of Tom Petty and Tupac Shakur, the bands Hole and Soundgarden, and singer-songwriter Steve Earle. They are seeking class action status, which means other affected artists will be able to join the legal action. Universal Music has yet to respond.

Y&T frontman Dave Meniketti has weighed in on the situation after learning that the band's recording were posibly lost in the fire:

"Just found out a few minutes ago that Y&T was named as one of many artists who had their master recordings destroyed in the Universal Music fire that happened 11 years ago and just came to everyone's attention recently. We checked with someone at Universal yesterday and she claimed our masters were not burned in the fire. However we'll absolutely need further clarification and proof of this, as that now appears to be a false claim.

They received a large insurance payment for the damages and kept it from the public awareness for 11 years! Devastating to so many artists on that list. I know that Universal had been in the process of backing up some of these masters digitally, but there's no way they did so for every one of these artists.

Universal Music has ALL of our masters from London Records, A&M, and Geffen. Everything we recorded from 1975 through 1990, including 2" multi-tracks, 1/4" and 1/2" analog masters of every release, rough mixes of everything we put to tape, out-takes, unreleased songs ideas, original album artwork, videos, etc.

If this holds up to be true, it's a sad day for all associated with these classic Yesterday & Today/Y&T recordings."

It is the first case to emerge since a New York Times investigation alleged that hundreds of thousands of master recordings, protection copies, unreleased music and other materials had burned in a massive warehouse fire in 2008.

The legal papers, filed by three law firms in Los Angeles, accuse Universal Music of negligence by housing the recordings in "a known fire trap", as well as concealing the extent of the destruction from artists.