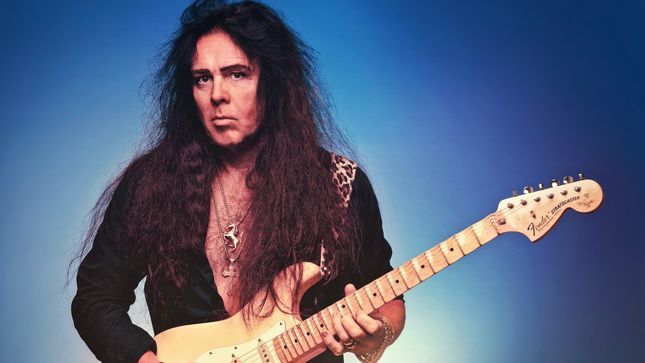 Speaking with Louder Sound, guitar legend Yngqwie Malmsteen discussed his new album, Blue Lightning, which features covers and a few original compositions. Following is an excerpt from his track-by-track breakdown of the record.

Malmsteen: "I love that song. I've always loved that song, and I wanted to do a cover of it. Although I don't call it a cover. It's more my interpretation. Or, to be more classical, my variation. It's a variation of Jimi Hendrix."

Malmsteen: "ZZ Top. Fucking amazing. I love them. This was probably one of the first choices I made as far as which songs I was going to put on the album. To me, there was always something very special about this song. I want to make one thing very clear. I didn't choose the songs to do on this album because of the guitar player. OK, so Billy Gibbons is great - I love him, he's very genuine - but that wasn't the reason. The reason was because of the song."

Malmsteen: "This track is completely my kind of music. I also wrote this during this session. I wondered if it should even be on the album, because if you listen to it closely it doesn't have any blues feeling at all. But then I thought, 'Fuck it. I like it. It's good.'"

Malmsteen released Blue Lightning on March 29th via Mascot Records/Mascot Label Group. An official lyric video for the title track is available for streaming below.

To call Yngwie Malmsteen a 'maestro' or 'virtuoso' is to state the obvious. But such terms don't do sufficient justice to either his talent or impact. There are innumerable guitarists who have copied a small part of the vast musical spectrum that defines him, but nobody comes close to achieving what he has over a period of nearly four decades.

This man is an undoubted pioneer, someone whose style and creativity has inspired so many others. While he first came to everybody's notice in Los Angeles with Steeler's self-titled album (1983), followed by Alcatrazz's No Parole From Rock 'N' Roll the same year and Live Sentence ('84), it's been what he's done since in a distinguished and far ranging career as a solo performer and band leader that has momentously shown Malmsteen's craft and worth as one of the elite guitarists on the planet. Combining skills that span a vast spectrum of inspirations, he stands as a giant, melding melody, technique and an epic scope in a unique and inclusive fashion.

Now, with Blue Lightning, the man highlights not only his enduring dexterity and diversity, but also pays homage to those from the Blues world who have fueled his artistic spirit for so long.

“I have always played around with old songs, both live and also in the studio. I did a similar album called Inspirationa while ago (1996), and it was Mascot who came to me and suggested I do a blues record.”

“Now, I grew up in a classically trained family, and people know me for playing in what is called a neo classical style. But when I got a guitar for my fifth birthday, what I would try to emulate were John Mayall & The Bluesbreakers - I would jam along to what they did on record with Eric Clapton (Bluesbreakers With Eric Clapton album). That's something people don't realize about me - I do have a strong interest in the blues. So, when Mascot came to me with the suggestion of doing an album of songs in this style, it didn't faze me at all. In fact, it seemed so natural.”

What Malmsteen has done here is combine choices which might seem almost obvious with some that will turn heads. He shares, “There were songs that were immediately clear I wanted to do. These were the likes of 'Purple Haze' and 'Smoke On The Water' which I have been playing since I was a kid. But then I also went for something like 'While My Guitar Gently Weeps' which I wasn't sure I could do. In this case, it's about trial and error. I am delighted that I was able to do justice to the original.”

Anyone who is expecting Malmsteen to copy exactly the way the original versions sound is in for a shock. Because that is not what he has done. He reflects, “I have never been one of those people who wants to sit down and mimic the way in which a song sounds on record. I don't see the point in doing that. If all you want to hear is a song the way you remember it, then the originals are there for you. What I have done is add in my own vibe and personality, while paying tribute to what you already know. That way I feel I am being myself, yet also being respectful to those artists.”

One thing this album has allowed Malmsteen to do is to challenge himself, which is certainly the case of Eric Clapton's “Forever Man.” He offers, “I heard this on the radio, and honestly I didn't know whether I could do it for this album. But I sat down and tried things, and they worked out. I had to rise to the occasion and am delighted to have done exactly that.”

This track showcases not only Malmsteen's celebrated guitar qualities, but also his maturing individual vocal confidence. He reflects, “On the singing side with 'Forever Man,' I did it all in one take. I got the lyrics through, went into the studio, and just got them done. I am not someone who likes to do take after take. I feel you should be able to get it right the first time around. That applies to the vocal parts and also my guitar playing. And for the most part, this is the way I did Blue Lightning.”

The man has also paid homage to a particular favorite. He shares, “When I was ten years old, I got Deep Purple's Fireball album, which I have always thought was very undervalued. And the song that really killed me was 'Demon's Eye.’ And I was very keen to do it for the album. Thankfully, the key was just right for my voice, and I had so much fun doing it. In fact, I would say that I had a great time doing all the songs here.”

Aside from the covers, there are also four original tracks included. And these clearly bring to the fore Malmsteen's abiding love for the blues, as well as his capacity for doing interpretations possessed of emotion and depth. He offers, “I have always featured songs with a blues groove on albums. So, having my own material in this vein was very natural for me.”

The album is self-produced, and Malmsteen has followed a traditional manner in the way this was recorded. He shares, “In the old days, a band would go into the studio, do a couple of songs, then go out on tour, before returning to the studio to do a couple more new tracks. That's the way I did things this time. I have been so busy on the road in recent times that it was the most pragmatic way to do the album. In all, it took me about ten months to get it done, but by going in the studio in between touring commitments, I feel it kept everything fresh.” 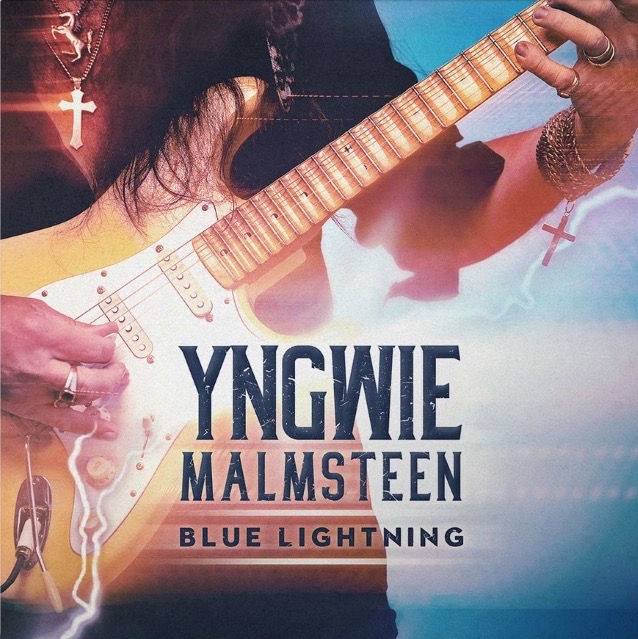 "While My Guitar Gently Weeps":

"Sun’s Up Top’s Down" lyric video: