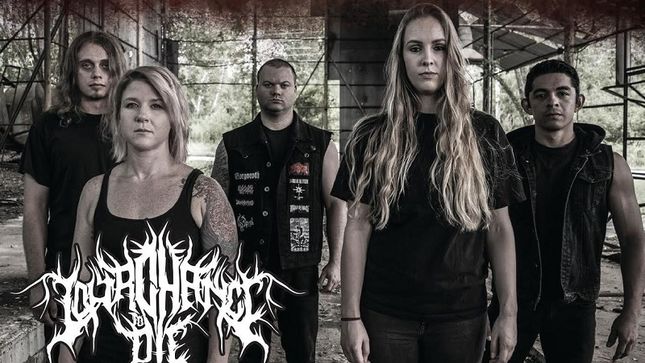 Your Chance To Die, who re-emerged into the death metal world with their 2013 Red Cord Records sophomore effort, The American Dream, are to release their third album, Ex Nihilo on April 21st via EMP Label Group’s extreme metal imprint EMP Underground. Recorded by Jamie King (Between The Buried And Me), mixed by Zack Ohren (Machine Head), and with album art by French digital artist / illustrator and graphic designer Pierre-Alain D., Ex Nihilo shows the band completely reinvented with deep symphonic atmospheres, inhuman precision and brutality, and a dual-female vocal onslaught.

2015/16 saw the addition of Som Pluijmers (ex-Cerebral Bore) on vocals, making her debut on Ex Nihilo, alongside revered death metal vocalist Missi Avila. The dual-female front offers a tandem dose of sheer vocal brutality backed up by the soaring leads and rhythmic precision of Coca Avila and Ron Dalton on guitars. This package is rounded out by the inhuman speed and accuracy of drummer Thomas White.

In late 2016, the band began talking to Grammy-Award-winning (Megadeth bassist) David Ellefson and Thom Hazaert of EMP Label Group. Through these talks, the band found themselves inking a new deal with EMP for the new direction in 2017. 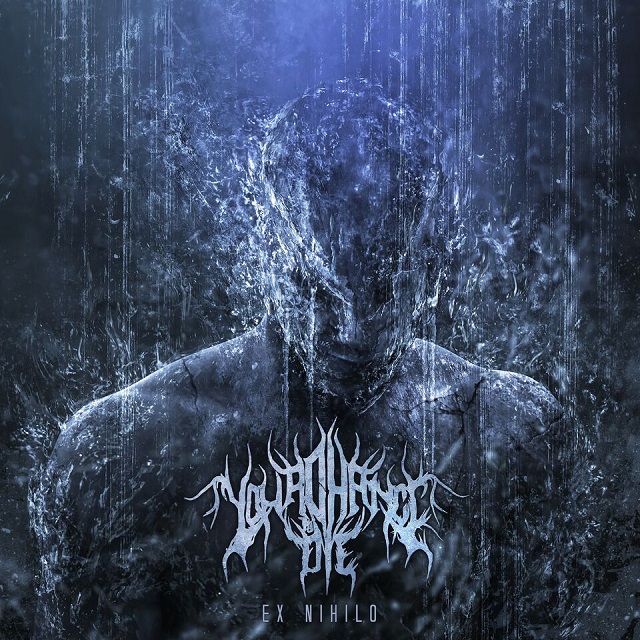 On signing to EMP, frontpersons Missi Avila and Som Pluijmers said, “Your Chance To Die is honored to be a part of the EMP label group family. We are very excited about our future with EMP, the new record that we have written, and are very thankful for this amazing team we now have behind us. We have worked very hard on our new songs…to become a new band…with different, new, music…and now a great label. We are very excited to have finally have a team that believes in us to release the new album.”

EMP’s A&R Director and Operations Manager Thom Hazaert says, “We are beyond thrilled to welcome YCTD into the EMP Family. They truly are bringing something new and interesting to the Extreme-Metal table, and we’re very excited that we’re able to partner with them to bring it to the World. Obviously, many in the extreme Metal World are familiar with Som’s amazing work in Cerebral Bore, and I am confident soon YCTD will be a household name in that regard as well.”

Since their Red Cord Records debut Suscitacio Somnus in 2011, and follow up, The American Dream in 2013, the band has toured with the likes of Origin, Wednesday 13, King Parrot, Arsonists Get all The Girls, Beyond Creation, and more. In late 2016, the band was direct support to Cryptopsy through Central America prior to hitting to the studio to record Ex Nihilo. From that session, the band released the track “Shadow And Flame” as part of the EMP Underground Sampler Vol. 1 in late 2016.