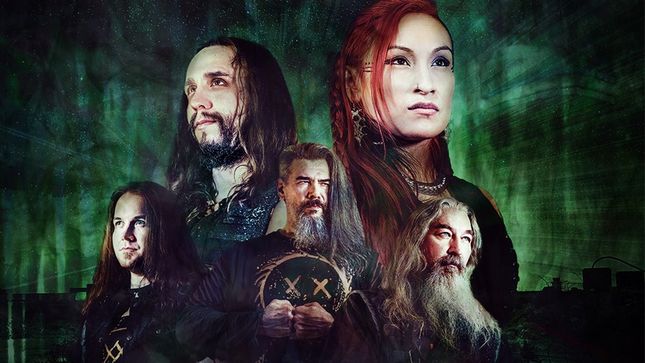 Quebec City's Le FestEvil, a festival celebrating women in metal, announces its inaugural lineup, being hosted on March 6 at Le D'Auteuil. For its first edition, the festival will be showcasing bands from both Montreal and Quebec City in various metal sub-genres ranging from folk, black, death, progressive and symphonic metal.

Headlining the night will be Montreal's melodic death metal contingent Your Last Wish (pictured above) with support from Valfreya (Montreal), Sanguine Glacialis (Montreal), Merkabah (Quebec City), Uriel (Montreal), Within Embers (Quebec City) and Fall Of Stasis (Montreal). All feature one or more female musicians in their rankings.

The festival has lined itself with the Friday, March 6 concert date to coincide with International Women's Day officially occurring on Sunday, March 8. The goal of the festival is to highlight the great contribution and need for more presence of women in the Quebec metal scene.

Samson explains the creation of the festival in further detail: "I created the FestEvil to celebrate women in metal. Their contribution is essential to our national metal scene and should not be looked over. This is the first concert of many to come that is all fronted by women and is to show the world out there that the Canadian metal scene is alive. I also decided to produce the show 2 days before International Women’s Day so that all the best of the best female musicians from Quebec's metal scene are all under the same venue for us all to celebrate, this is 'The Beauty of The FestEvil' and the women in our metal scene making a difference." 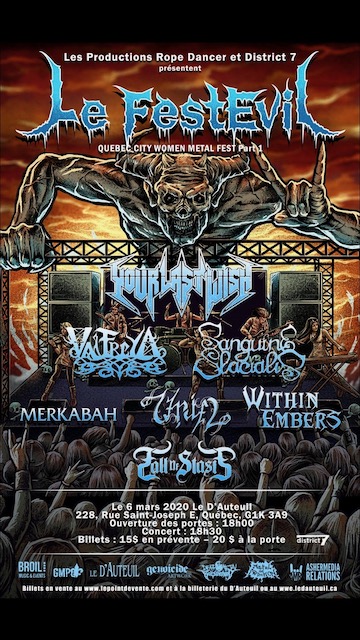