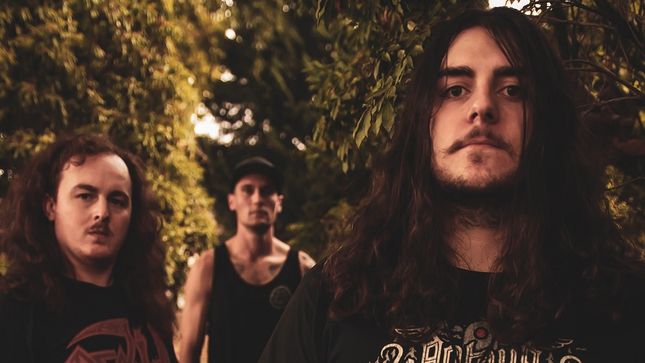 Vancouver’s Ysgaroth are releasing their debut album Storm Over a Black Sea and it is rife with vicious riffs and thought-provoking atmosphere.

The first single to entice listeners is “Sacred”. It contains a simple message: despite its imperfections, life is beautiful. The world we’ve been given is an amazing thing that should be protected and celebrated, and we owe it everything we are and have. The cycle of life and death is so much greater than any single person, and it is the one constant that we can rely on. We are born from the ashes of the old, and so will the new be born from the ashes of ourselves. Ysgaroth continues with how the track came to be:

“Unlike most Ysgaroth songs that come from the verses being written first, the chorus was actually the first piece of this song that we came up with. Sacred also slowly got faster and faster as we started practicing it until it became the thrash-influenced ripper it is today.”

Ysgaroth was initially formed as a studio black metal project but over time, a lineup was fleshed out and the songs got more structurally ambitious, a sludge influence began to creep into the band along with tinges of hardcore-influenced drumming and exceptional musical bass playing alongside razor-sharp guitars

Anyone who has seen Ysgaroth live and liked what they’ve heard will love this - and we hope those who are on the fence will probably love it too.