In a new gear-oriented interview with Guitar World, guitar legend Zakk Wylde looks back on writing the Ozzy Osbourne classic "Miracle Man" and "No More Tears". Following is an excerpt from the interview.

GW: Speaking of "Miracle Man", that opening economy lick in the solo is one of your most legendary. What do you remember about writing that?

Zakk: "That bit is played on the B and E strings and goes back to Saint Rhoads. Whenever people ask me about his legacy, it’s all about his writing. Sure he was the whole package, with technique and tone, but it was his writing that stood the test of time. All the guitar players we love are the ones who could write as well as play. I could play any of Randy’s solos and you’d be able to name the song. The same goes for 'Hotel California' or 'Stairway To Heaven'. That’s how phenomenal those players are. So writing that one, I would sit there with the backing track coming out of a boombox and piece together each section until it was something I was really happy with. You have to remember, a solo should be part of the song.”

GW: Similar things could be said of your "No More Tears" solo. What do you remember about recording it?

Zakk: "The weird thing was I did it in one take. I remember being at A&M (Records) and I had the piano bit down. It reminded me of Pink Floyd and The Beatles, plus Elton John’s 'Funeral For A Friend' and stuff like that. We had that bit and then got to the solo. I think I was just jamming! There’s the structured pentatonic thing at the very end, but it was pretty weird because I only did it once. I remember saying to everyone, 'Let me try it again!' and they were like, 'Nah, it’s cool as it is.' That song is one of very few on that record where I didn’t double the guitars... it’s all just one guitar for those rhythms.”

Zakk Wylde and Black Label Society hit social media on the morning of April 21st with an update and a new video:

Arrives in an indestructible black on black embossed collection box. Includes The Song Remains Not The Same II: featuring reworked versions of the original songs. 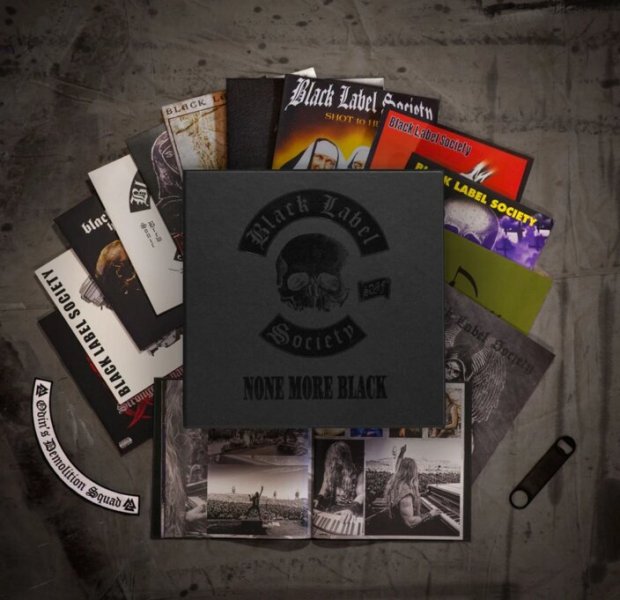