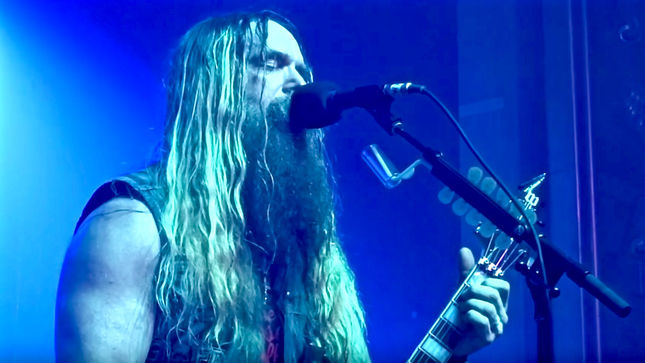 Black Label Society frontman and guitar legend Zakk Wylde is featured in a new interview with Music Radar. He discusses his finest hour on stage, his favourite live album, Spinal Tap moments and more. An excerpt is available below.

Q: What's been your finest hour on stage?

Zakk: "Well, as far as the most memorable, it would have to be the first arena tour I ever did with The Boss (Ozzy Osbourne). That was pretty surreal, being that I was in the audience at an Ozzy concert not too long before, and now I'm playing with my hero. I'll always remember that. But to me, it's all good. Y'know, people always ask me if I enjoy playing in a stadium for 120,000 people more than in a small place in front of 300 people. I think, if you ask any musician, they'll tell you: 'Just as long as somebody shows up, it's good…'"

Q: What's the nearest you've come to a Spinal Tap moment on tour?

Zakk: "Every day. There will always be Tap moments. I once threw a TV out of a hotel window with Ozzy. They came up with some bullshit excuse that they couldn't fix the room, and they couldn't rent it out, so they charged me 10 grand and they charged 41 grand to Oz. But the look on Oz's face, and the fact that we were both pissing and shitting our pants, and laughing our balls off – that was pretty priceless. So I have no regrets, nobody got hurt and it was good times."

Wylde recently debuted an all new video for the track "Sleeping Dogs” featuring Corey Taylor. The track is featured on the Book Of Shadows II album, released back in April via Entertainment One Music (eOne Music).

Check out the new video below:

Wylde and Dario Lorina stopped by the HardDrive Radio studios to perform the track "Yesterday's Tears" from the Book Of Shadows II album. Video of the performance can be seen below:

Wylde discussed Book Of Shadows II, politics, and the hypothetical Pantera reunion that would see him pay tribute to Dimebag Darrell with HardDrive Radio. Check out the interview below.