ALTARS OF OBLIVION - The Seven Spirits 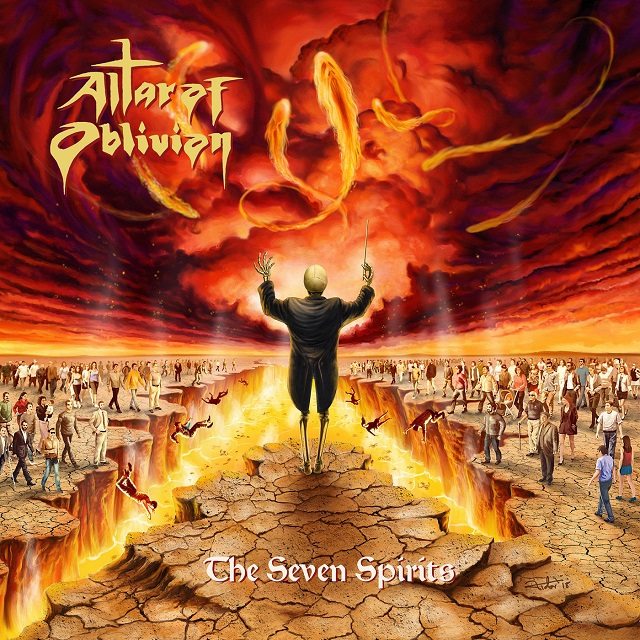 We've had our eyes on these Denmark-based doom/trad metallers for a while now, and here on album number three, Altar Of Oblivion really just go for it in all the best ways: “No One Left” is unabashedly '80s trad-and-true metal, the band seemingly more comfortable in their skin than on their last album, 2012's great Grand Gesture Of Defiance.

But they still go low and slow, as powerful doom numbers like the massive “Gathering At The Wake” demonstrate, the band locked in to some early-Trouble sounds here, with vocals that sound better than ever, and then when the band kicks into the galloping, triumphant, soaring power-metal part, forget about it: this is awesome, life-affirming stuff. While the vocals are still a bit of an acquired taste, I've always enjoyed the pure gusto of them, even if things fall a bit flat sometimes; there has been improvement on that end this time around, as well, though, with the vocals sounding more powerful and confident. The title track closes off this seven-track, 41-minute album with riffs aplenty, the band just driving those six-stringers into the dark metal night, this third effort their most enjoyable, fun, and, yeah, confident one yet.