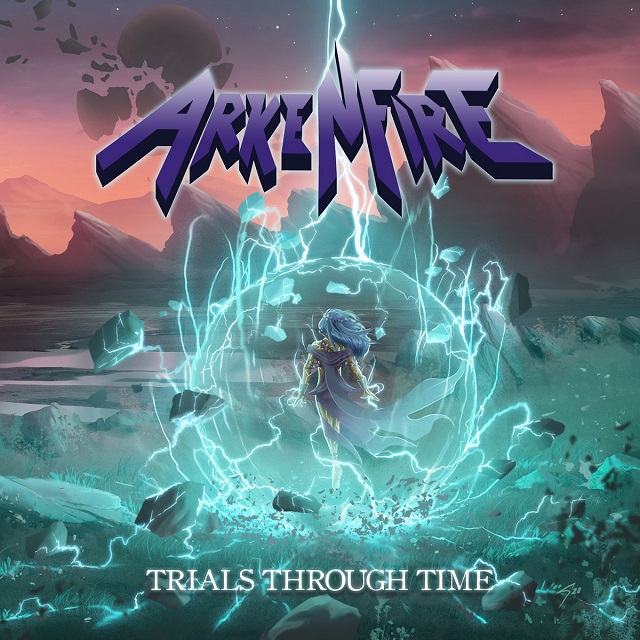 Adventurous creation from British Columbia. What begins like a music box jingle quickly takes a regal turn, but it's not an instrumental intro, just "Dragonbane", the kickoff to the Kelowna based power metallers' full-length debut (the six-song Celestial Beasts EP was released back in '17). The clickety-clack found in the best Teutonic metal greets "Unstoppable" with its backing gang vocals, come the chorus.

In fact, the whole album vibe is more European, than North American. At 4:20, it's also the shortest selection of the nine, adding to the sense of urgency conveyed by the snappy melody. Already rousing, the tempo goes into overdrive on "Cosmic Sorceress", the vocal register also climbs a few octaves. However, the pièce de résistance has nothing to do with speed. Speaking of Euro vibes, the album's highlight, "Leviathan" cops an Atlantean Kodex feel (especially the vocals): epic in scope and never worried about hurrying the pace, yet still first class power/traditional metal. Nearly a cappella to begin (apart from an acoustic guitar), it builds, gradually, adding instrumentation, until the full band is onboard.

"Blood Of Gaia" sees a return to the all-out speed of the aforementioned "Sorceress", with a brief hint of (backing) growling vocals to offset the operatics. "Call Of The North" once again opts for an air punching Euro sing-along (complete with double tracked vocals), the piercing highs of "Night Sister" vacillate between speedy electric axes and acoustics. A military cadence snare introduces "The 8th Passage", which lasts that many minutes! Midway through (is it really two songs melded together?), what had been an uptempo number downshifts into a moody, ethereal wander of bass and guitar, prior to the personnel re-energizing for the finale. Speaking of "happy endings," the disc closing "Against All Odds" (not the Phil Collins track, thankfully!) is a rousing send-off.

Unlike some records, which limp to the end, or hide a "different" cut in the last position, makes you want to hit resume/replay and star the whole listening experience over again.