AXIS OF DESPAIR - Contempt Of Man 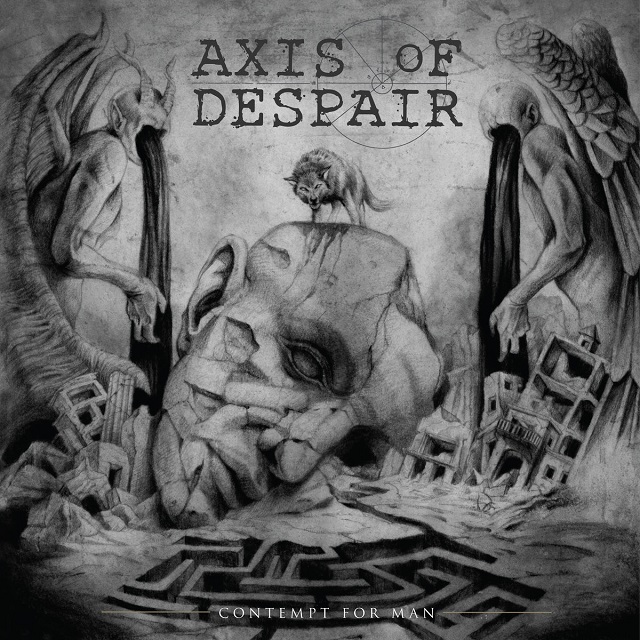 Grind fans, listen up: Axis Of Despair feature three members of underrated Swedish death/grinders Coldworker, one of whom happens to be Anders Jakobson, best known in grind circles as Nasum’s drummer extraordinaire. So, you look at that, you look at the fact that we’re talking 20 songs in 33 minutes, and you start to get an idea of what might be in store. And you hit “play” on this, the band's debut, and you’re right: this is crisp, excellently produced, blindingly fast grindcore with crust-punk and death metal edges.

The band even drops in quick Nasum-esque grooves (see “Pawn Sacrifice”, be ready to be crushed), to much success; they also slow things down now and again (“Crush The Empire”), and crush just as hard doing that. But more than individual songs, Contempt For Man steamrolls forth as an enormous whole, the band creating a cohesive grindcore album that doesn’t deviate from too many standards already set by Jakobson, which is just fine. This sounds like one of those perfect grind albums that would have come out on Relapse Records during their grind heyday, Axis Of Despair tapping into not just the right sonics but the right feels here on this excellent full-length.