BEWITCHER - Under The Witching Cross 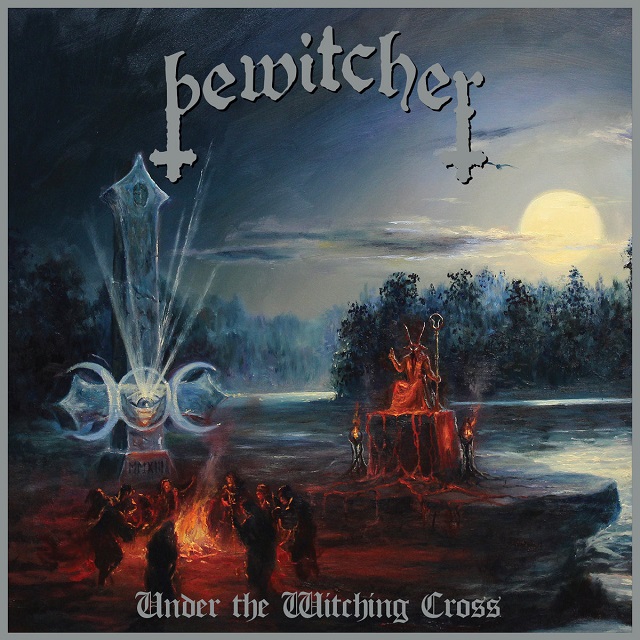 Following an ethereal intro, “Savage Lands Of Satan” opener is comprised of chugging riffs and agonized lyrics. Closer to the US bunch than the UK stalwarts. Ditto, the title cut. “Hexenkrieg”, particularly during the titular chorus, has a Venom-ous flavor (when pronounced rapid-fire, phrase sounds suspiciously like “Acid Queen” and it doesn't help the comparison that the lyrics include “in nomine satanas” and “witching hour”). Classic guitar tones in the fade-out break on otherwise blistering “Heathen Woman” and pre-release single (2:48) “Too Fast For The Flames” contains nearly identical meter to the Brits' “Too Loud For The Crowd”, and just as rudimentary bombastic. Surrounded by whiplash inducing neck breakers, only “In The Sign Of The Goat” slows to a mid-tempo brood. At 5:21, it's the longest offering, a dynamic alteration akin to the Newcastle masters' “Countess Bathory”. That said, the voiceless finale is a tuneful, acoustic begun, traditional-minded fretboard workout. Fierce, tongue-in-cheek enjoyment, just like the early '80s original. Enjoy again, or for the first time.