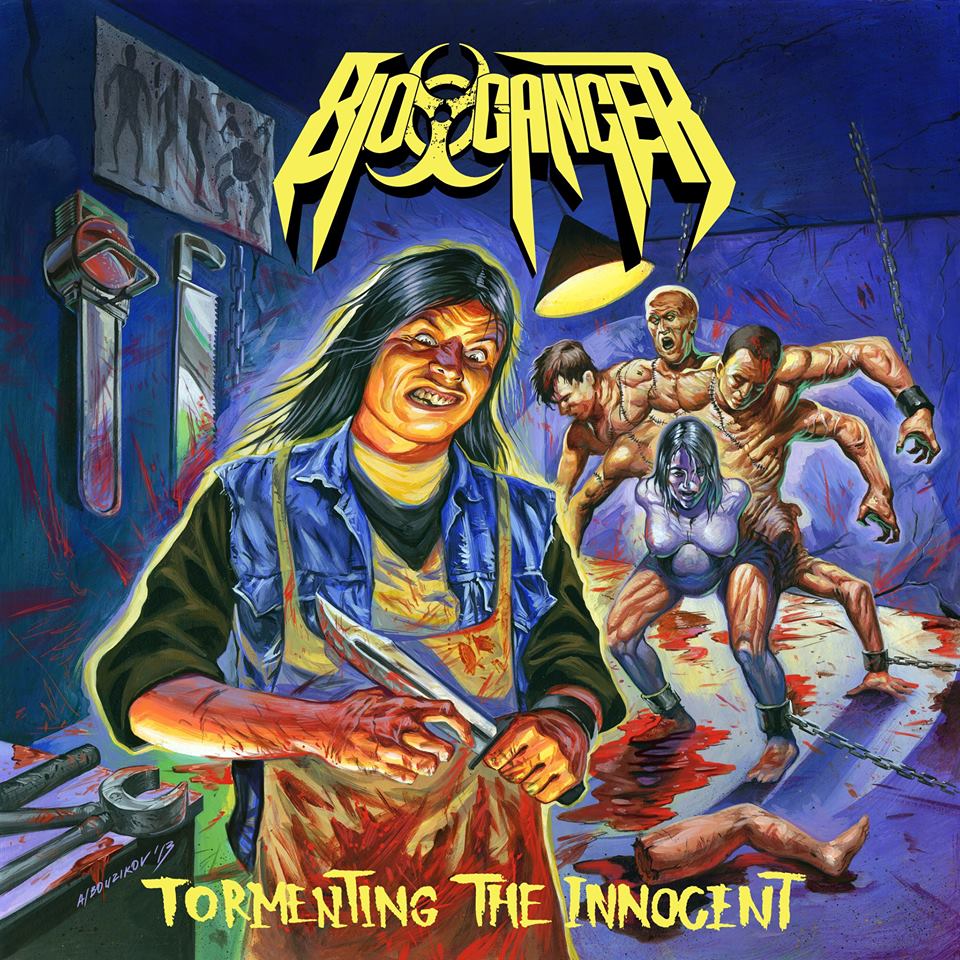 Greek thrashers Bio-Cancer unleash a relentless fury on its bludgeoning sophomore release, Tormenting The Innocent. Bio-Cancer is creating quite a buzz in the metal scene as of late, and with the release of this album, they could break out of the minor leagues within the thrash scene. The band exudes confidence and passion with an authentic, old-school sound while injecting a fresh approach with youthful exuberance. The artwork even screams ’80s thrash. The quintet showcases its Teutonic thrash metal influences meets Bay Area thrash elements in the vein of Sodom, Kreator and Testament on its nine neck-breaking thrash anthems. From the opening burst of thunder of “Obligated To Incest” to the pummeling rhythm section and catchy chorus of finale “Life Is Tough (So Am I)”, Bio-Cancer has all the bases covered.

There’s nothing groundbreaking or innovative here, but the band’s use of speed metal and black metal vocals makes them stand out a little more than the average retro thrash metal band. The harsh screeches of vocalist Lefteris is menacing and maniacal, as he spits out brutal lyrics with venomous anger while getting good use out of admirable gang-chanted background vocals. There’s a couple of unexpected treats here, such as the cello intro of “F(r)iends Or Fiends”, which sets a sombre, brooding tone before the rest of the band explodes with a furious pace. Throughout the disc, the rhythm section is taut and precise, as bassist Giannis lays down some progressive baselines while drummer Tomek’s machine gun-like precision is top notch. There’s some exceptional guitar playing as well, performed by Thanasis and Stavros. However, at 39 minutes, the album’s duration is a bit too long for this type of metal and some of the tracks are longer than need be. Perhaps if four to eight minutes were trimmed off the whole, it would make for a more impactful result. Nonetheless, Tormenting The Innocent is a lesson in new school thrashery. However, the deal clincher for the band’s acceptance might come down to the vocals, which may turn off some traditional thrash fans.