DAN REED NETWORK - Let's Hear It For The King 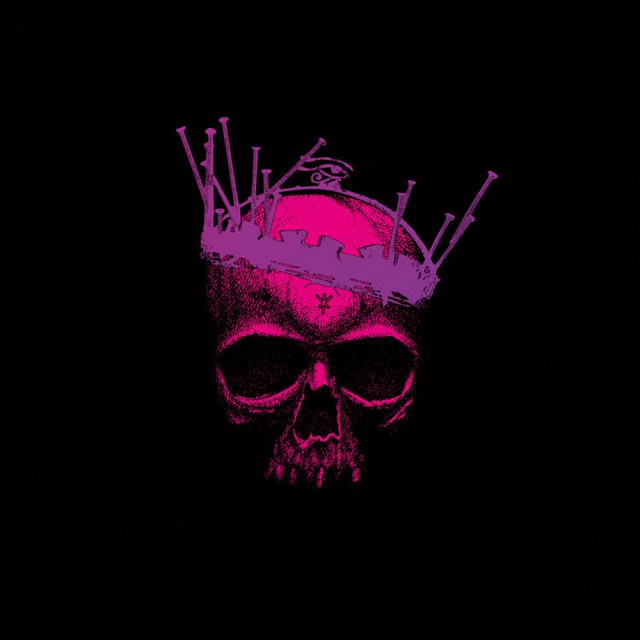 After returning as a unit some years ago (when I attended their reunion at the Marriott Grand Ballroom in Portland), and a couple of releases, Dan Reed Network return in the post pandemic with possibly their most well-crafted work to date. Let’s Hear It For The King is a jubilant piece of work in every way, with the usual lyrical content giving the listener plenty of time to think while they move at the same time. The lyrics are always a thing you either take seriously or with a grain of salt, and Dan Reed himself makes his philosophy pretty-well known as it is, so any fan can already relate to that and let the music take over as well. They practically forged a new sound altogether here, with a modern rock edge in the foreground, without losing any of their classic funk-rock leanings. I can’t help hearing everything from pop to prog rock on this magnificent delivery.

The first two single releases did not disappoint in anticipation for the album, but I took note of that and mostly refrained from comment until hearing all the songs. Both singles are excellent tracks, and I just knew myself it was worth waiting (after delays) for what is essentially an all-out ear candy assault. One of those sensational audio experiences when you first take it in, not unlike Blackstar by David Bowie, but more rocking in parts. It just flows like a painting that way, and I’ll just call it “extraordinary.” But once you’ve heard it you’ll make up your own mind, it’s just a step beyond the static norms, and that’s probably because is addresses many of them.

The album kicks off with “Pretty Karma,” and having already heard it, the track stands up as one of the best on offer. Great stuff and sure to go down as a DNR classic. But things get mighty interesting right away after that, with “Ghost Inside” addressing the issues of being a man, so to speak, and what a killer track it is. “Starlight” follows, which is one of the first two singles, and another vibrant trip through the galaxy of great sounds to be heard throughout. Not to be cliché, but speaking of galaxies, “Supernova” comes blasting out after that with a big Michael Jackson vibe to it, before it goes into some cool spoken word stuff, all whilst still energetically rocking away. And that’s only the first four tracks.

It only gets better as it goes, with “Let’s Hear It For The King” taking the lead concept into the stratosphere, featuring some of Dan Reed’s best lyrics. This is a true modern rock statement without being too obvious about what’s bothering the world and leaving it down to socio-political views of the listener. Not to mention, retaining that original funky chunky rock blend the fans have come to expect, which means it rocks heavily but you can still dance to it. And it all proves every word I say from track to track, some of them with beautiful edges, which can be heard on “I See Angels” and others. Brion James brings the usual guitar genius to each and every song, as do Melvin Brannon Jr. on bass, Rob Daiker on keys and co-production duties, and Dan Pred on drums/percussion and videography.

“Homegrown” is a highlight for me, although I have yet to completely get the story, which can happen with anything you haven’t heard a lot yet. I just know it’s another killer track on an album with no filler. It’s all 100% here, no matter how you slice them back and forth or try and specifically define them genre-wise. “Might Just Get It” is a good way to explain that before too much more of the album goes by, so it’s only appropriate to take a breather somewhere. “Where’s The Revolution” and “Are You Ready” bring more contagious back to back gems, both delivering in all departments. “Unfuck My World” speaks volumes for itself before the epic “Last Day On Saturn” leaves you battered and begging for the sun.

This is a musically hypnotic and melodically contagious new album with high marks going to everyone involved, and I’d rather give it a 10, than compare and reminisce about the past when it comes to this band. I’ll leave that up to those determined to do so, which usually places stylistic concerns over substance and vitality. Nothing to do but let it rise or fall on its own merits, and either land on deaf ears or not. But if you really ask me, there’s a lot to unpack here and not a bum note to be heard in the process. I can say that much about it without getting too bias, but I can also say if you’re not looking for DRN’s freshest palette, you could also be disappointed. I hope they change you mind if that is the case. My hat goes off to the boys, they’ve outdone themselves. A shout out also goes to Drakkar (you know who you are).