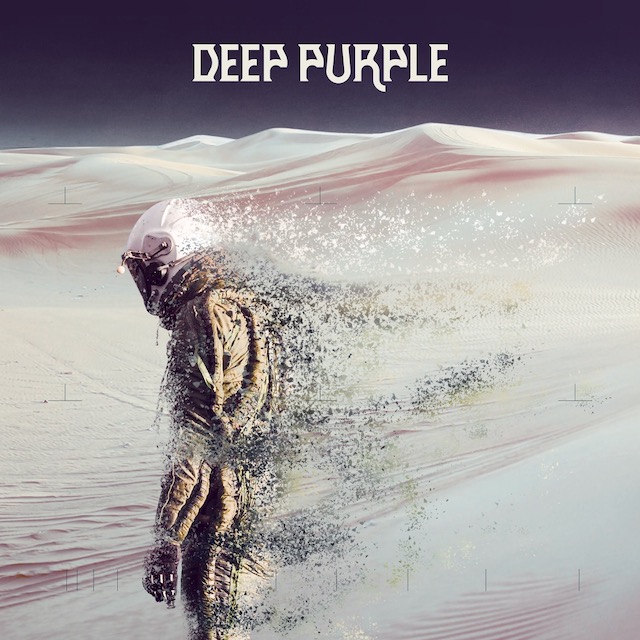 The legend continues, and not without breaking some of its own new ground to go with their classic sound.

Deep Purple’s Whoosh is an album that promises to lyrically provoke even the dullest of minds about what is going on around us, with the music and vocals doing the business in every way. Gone are the hard and heavy edges they have been shedding as the years go by, replaced by a sense of lightness that just works in every way. That heavy handed groove is still in-tact, thanks to Ian Paice on drums, but the missing ingredients of some of their most well-known songs to date is what might surprise most listeners.

No worries, this is a standard Purple release with just a few new wrinkles about it that bring an up to date sense of relevance you will not be able to deny, especially how the lyrics reflect a real-time presence. They manage to wrap their classic sound around current affairs and turn down the wattage for what is a super digestible outcome. Make no mistake this is Deep Purple, but with perhaps a side of something they have not explored enough in the past.

Ian Gillan is clearly in his element as he goes the distance here to explain the modern times without preaching about it. You get the message without overthinking the lyrics. To be honest, even for long time fans it comes with a breath of fresh air that lasts and do not seem to have a fizzle point anywhere. This includes a lyrical thread from beginning to end that does not throw anyone off its path as long as they digest the entire album like one whole song.

The album also plays well by the individual track, but it is best heard in one outing, and some of the tracks are worth highlighting here. It kicks off with “Throw My Bones” which has obtained over a million video views to get the campaign rolling. This song is pure magic in the making, as are the rest, turning at least ten out of 13 gems that you do not want to miss. It’s that solid and more importantly it talks to all with some of Gillan’s best lyrics to date.

Moving through these tunes was a joyous experience, and rather than carry on about in rabid fashion, it also does not come without a few fillers which any 13-track disc can do. However, they can be hard to spot among the very well laid out track list arrangement. Stuff to watch out for would be in the shape of “Drop The Weapon” with its wry look upon our problem concerning gun control and other forms of violence. But it comes out clean as Gillan references to when the summer of love took place in San Francisco, asking where it went.

“Nothing At All” has been doing the rounds as the third single as well, and it is one of the more thought-provoking tracks. This one contrasts very well between “We’re All The Same In The Dark” and the political knocking of “No Need To Shout.” But this follows with a couple of tracks that might be found as filler, depending on who you ask. Those being wonderful tracks but perhaps fall short in length. “Step By Step” is the first and although it is an amazing gothic and ‘80s sounding mix, and “What The What” is somewhat tedious.

After that it’s all Purple fireworks till the end. “The Long Way Round” gets my pick for the best track on the album, while “The Power Of The Moon” fights for the same position. Wow, these two tracks are indeed a sonic Purple treat with producer Bob Ezrin clearly lighting the way of their absolute perfection. And the album comes together with the second single “Man Alive” delivering a primo message that any prog rock lovers would praise for sure.

They even visit their roots with a marvelous version of “And The Address” from their very first album in 1968. And that is a bit risky when it boils down to their classic sound, but Steve Morse totally nailed it here and my hat goes off to him. And the bonus track is another Purple delight that only makes you want to push play and hear it all over again. This is an album that will be heard and reckoned with, but once again with this line-up, likely bring the same ol’ gripes and I always welcome those opinions either way.