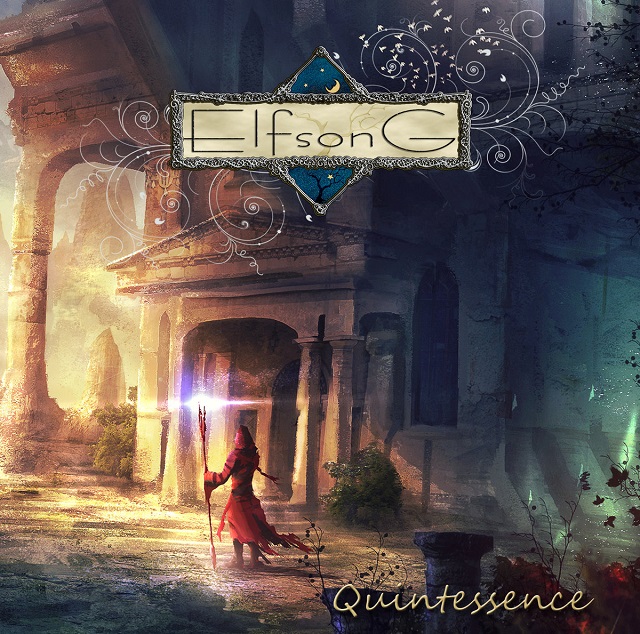 Going by the cover art and band name, Elfsong is exactly the genre you think it is. These Hungarian fantasy-themed power metallers have been around for over a decade now and after four albums delivered in their native tongue, Quintessence is their first English language record and contains, as they put it, “the best of our songs in English.” Naming monster bands like Blind Guardian, Avantasia, Nightwish, and Iron Maiden as influences, bits of the first three can be heard as well as hints of Kamelot and Zak Stevens-era Savatage.

Szöllősi Dániel’s vocals are strikingly similar to Zak Stevens, especially in the mid-range and he has the right voice to command and narrate (spoken word parts appear throughout the album) these songs about fantastical stories, mythical happenings, and heroic deeds. Dashed with symphonic instruments and keys; they don’t overflow the bulk of the music as it is first and foremost, metal music. The rhythms are mostly triumphant and take on a battle march, which makes sense as there are songs about Vlad The Impaler as well as a bunch of songs from Lord Of The Rings and J.R.R. Tolkien’s work. Elfsong surprisingly keep the songs mostly compact; it’s easy to think there would be some long, drawn out cuts, but only one of the nine selections exceeds five minutes. The guitars maintain support throughout the verse areas and rarely flash technicality, but string benders Somlói "Feca" Ferenc and Ferenc Somlói jr. show their talent during the solos. Standouts include opener “North Sea Adventures”, which begins with a symphonic build up and then pounds away with guitars and then gives forth to a heroic, catchy chorus and “Dagorn Nuin Giliath” has a tremendous main melody that the band exquisitely rides without overdoing it. Enjoyable power metal that doesn’t overstay its welcome; check it out!