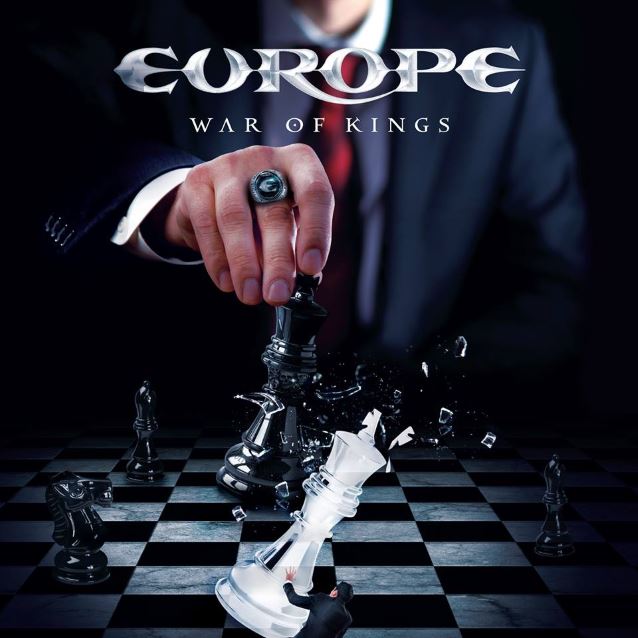 Europe will forever be known as that cheesy ’80s hair metal band that created that MTV mega-hit, “The Final Countdown”. However, Europe 2015 is a splendid blues-rock band that has released some excellent hook-laden material ever since its 2003 reunion. On its 10th studio album, War Of Kings, we’re graced with 12 (including bonus track “Vasastan”) electrifying blues-tinged rock tunes. The title track opens the album splendidly, which is steeped in classic rock royalty, recalling influences of bands such as Deep Purple, Whitesnake and UFO. The melodic break mid-track leads into a beautiful John Norum guitar solo. In fact, throughout the album there’s a plethora of well-thought out, fret-burning and passionate guitar solos, most likely inspired by his heroes Jimi Hendrix, Gary Moore and Michael Schenker. It’s as if Norum is sweetly singing with his guitar.

Another highlight of War of Kings is vocalist Joey Tempest’s voice. It shines like a million diamonds on every track, reincarnating the likes of Hughes, Coverdale and Dio. “Hole In My Pocket” settles into a nice little groove, decorated with a tasty, Norum wacka-wacka guitar riff. “The Second Day” gives off shades of (Deep) Purple and Whitesnake with its melodic and soaring vocal harmonies. “Days Of Rock ’N’ Roll” possesses a rollicking UFO “Doctor Doctor”-ish guitar and keyboard harmonies. “California 405” revisits that familiar Purple/UFO flavor, while “Rainbow Bridge” is soaked in a Middle Eastern flavor. Those of you who might not give this band a second thought should really check out War of Kings. You’ll be pleasantly surprised to discover that Europe is more than just that one song.