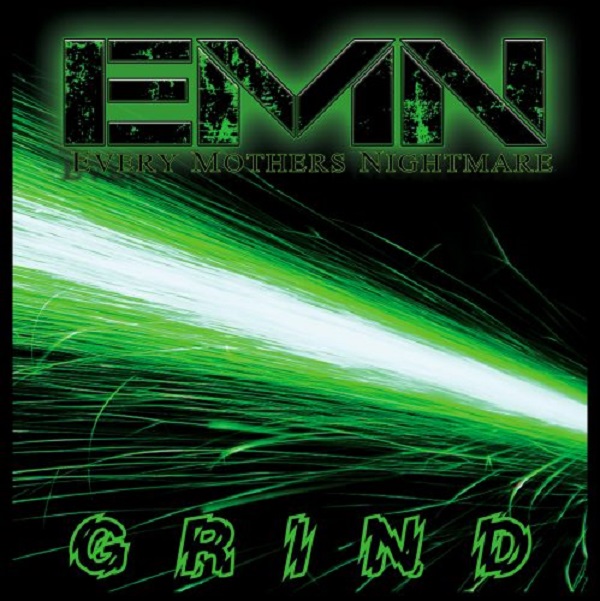 Back for another haunt is late ‘80s-‘90s glam band Every Mother’s Nightmare with their new album Grind. This new album puts together 11 tracks including five from their self-released EP from 2015 plus three new songs, and three live tunes taken from a Memphis concert in August 2016.

EMN aren’t the typical hair band as there is a little more swagger to them and they’re not all clean and poppy. They mostly relate to Jackyl, Junkyard and acts of that ilk. There’s an heir of dirty grittiness in their sound and this listen is perfect for popping open a cold one and grooving to the tunes. And that’s not surprising considering the slow southern charm the band from Nashville possesses. After getting comfortable with Rick Ruhl’s megaphone vocals (voice sounds muffled), there’s no denying the swagger of opener “Loco Crazy” and veracity of “Swing Again”. The boys keep the tempo easy-going with the porch rocker “Days Gone Through” and that Nashville swagger creeps up on “Sacred Circle”.

The live tracks serve as a sweet dessert after some down ‘n’ dirty rocking. “Closet Down The Hall”, “Push” and perhaps the band’s best known track “Walls Come Down” finish off a tasty metal of southern hard rockin’. Check it out!