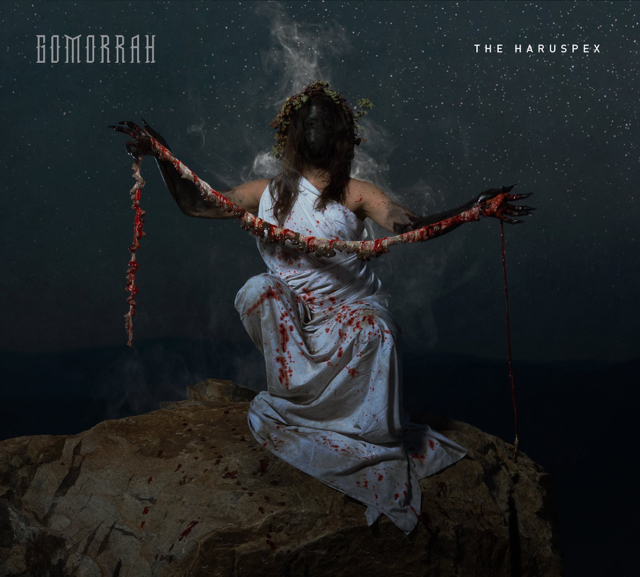 This Kelowna, BC-based death metal crew makes me a bit nervous from the get-go: I'm always cautious when a band has two dudes who play everything on the album but four dudes who play live. But, gotta hand it to them: you'd never be able to call a lack of chemistry on this album, it sounding and playing like, you know, a band of dudes. And these dudes got one thing right immediately: the production is kinda gross, kinda gnarly, kinda how brutal death metal should sound. So the vibe is there right off the bat, and the sonics deliver as well, the tunes occupying a nice sweet spot between Suffocation-influenced and Unique Leader-bound, stopping to hang out in tech-death land and brutal DM world for a bit along the way. Toss in an obvious respect for a heavy groove, and Gomorrah (even though I'm a metal guy, I can still never type that right) manage to touch on a surprising number of death metal sounds here.

It takes five songs in, during the brutal-DM sounds of “Sitra Achra”, before the band seems to settle on a sound and it becomes clear they are indeed groove-laden brutal-death, but I do like it best when they're keeping us guessing, which Gomorrah do with much class here for a band on just their second album. I find myself worrying it'll get a bit too slammy and squealy during songs like the aforementioned “Sitra Achra” (which does, I should mention, also feature a very cool moody outro), but they manage to pull it back before I need to call it off every time.