IN SHADOWS AND DUST - Enlightened By Darkness 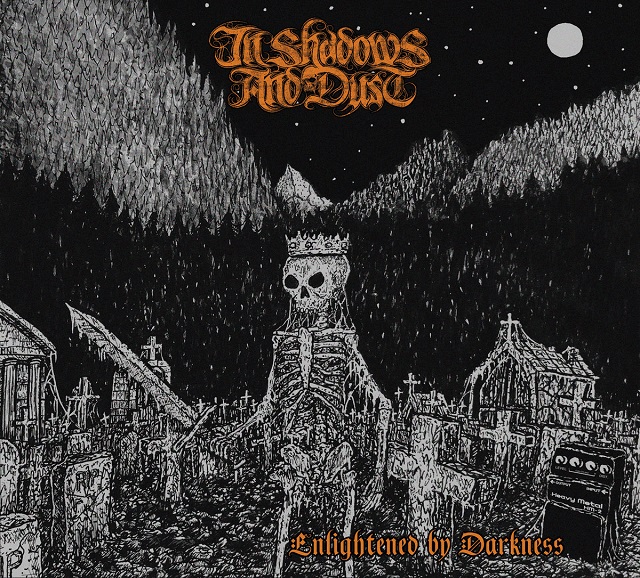 You’re forgiven for thinking this one-man France-based band is pure Kataklysm worship, and you’re forgiven for tuning out the second I said “one-man band,” because I know that generally makes me just want to move along. But, man, I gotta say, dude nails it pretty hard here, his whole thing being a love of the HM-2 and all that goes along with it, namely old-school Swedish death.

But what’s this? Blackened riffing in “Revenge”? There is indeed a slight blackened overtone at times, although for the most part this remains firmly entrenched in glory-era Swedeath, songs like “Deathlike Silence” absolute monsters of crushing, no-frills DM. Stephane Thirion knows his stuff and obviously has a deep reverence for extreme metal history, but with this album he proves it’s not just homage, it’s a living, breathing beast, these songs dripping with an energy that goes beyond mere tribute. Really good, solid, enjoyable stuff here; also, quick shout-out to the fact that this is his fourth album in four years to come out on December 21st, making this an annual holiday tradition for the anti-social death worshippers among us.