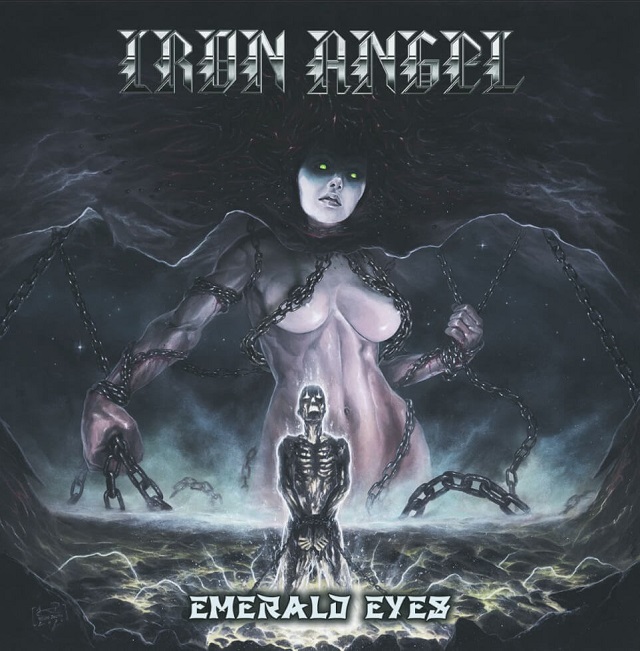 Fourth overall, and second album comeback, since the glorious speed/thrash of Hellish Crossfire-days, back in the mid-‘80s. While disappointing Hellbound ('18) release lacked much of the firepower associated with the name, vocalist Dirk Schröde (as the lone surviving original member) has apparently seen the error of his ways and opted for something beyond traditional, clickety-clack Teutonic metal. Back to the roots, as they say! Another tie-in to yesteryear, the artwork reprises the busty, domineering figure depicted on Winds Of War, chains replacing the old thunderbolts flying from her fingers.

Speed, you want? Right from old-school opener, "Sacred Slaughter" denotes the quotient will be fulfilled. Throughout the eleven cuts, the pace is constantly pushing red line, but there are a couple of mid-tempo, standard metal numbers in the mix, mostly in succession, smack dab in the middle of the running order ("Fiery Winds Of Death" & off-kilter "Sacrificed": nice guitar work though). Regardless of pacing, there's always time for a guitar break (or two) to slice through the proceedings. Pre-release single "Sands Of Time" walks the line between the vintage sound and newer (albeit less utilized, this time around) approach. Best cuts? Try "Bridges Are Burning". The simplistic slam of "Demons" or like-minded titular choice, and for a change-up, the epic begun, but no less vicious "What We're Living For". Back on solid footing, hoping for BIG things on the next one!