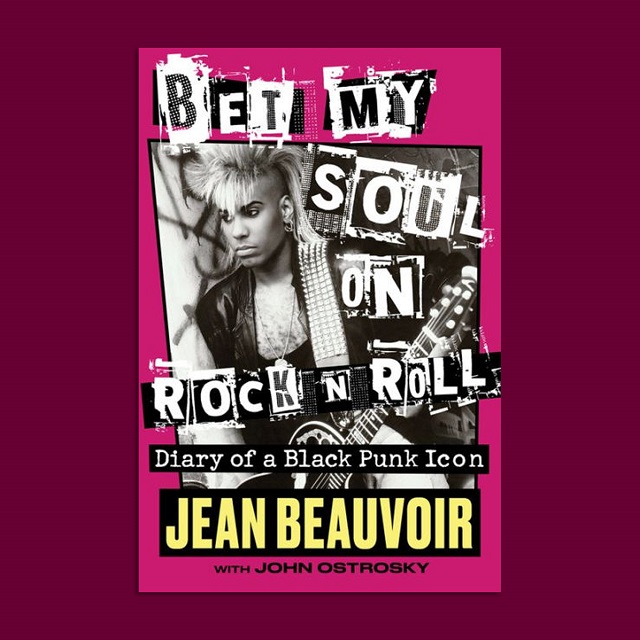 Autobiography of the singer, songwriter, bassist, guitarist, multi-instrumentalist, with John Ostrosky (coauthor of Ace Frehley’s No Regrets). Who doesn't know Jean? Well, you should. Over the course of 22 chapters it starts with his childhood and family, his time in The Plasmatics, Steve Van Zandt's Little Steven & the Disciples of Soul for two albums, co-writing and playing bass on several KISS songs from the ‘80s, his hit single "Feel The Heat" from the Sylvester Stallone movie Cobra, solo albums, working with The Ramones, his band Crown Of Thorns, to even writing songs for NSync, Lionel Richie, Lordi, and more. In the forward you even learn his connections to Michael Jackson and Prince. The book also tells his perspective as a Haitian black man navigating through all these experiences, both personal, and as an artist in rock ‘n’ roll. Beauvoir was also recognized by Guitar World magazine as one of the "Most Influential Black Rockers".

The journey begins with his childhood, his dad a grandson of a Haitian president, his mom a daughter of an ambassador to France. And for all you horror movie fans, his uncle Max was a supreme chief of voodoo, the subject of Wade Davis' book, and Clive Barker's movie The Serpent and the Rainbow. Moving to New York, playing sports and music, building his own mini bike (trading one in for Ludwig drums) and riding dirt bikes, to hanging out at a fraternity on Long Island and being offered the pledge master for his high school. Chapters are a little short, Plasmatics is only 12 pages, but still goes into details about the bands antics on and off stage, and of course Wendy O Williams. The year or timeline when events occur also not frequent, but you get the idea as the story continues.

KISS fans, I know there are many who are getting this book, Beauvoir meeting Paul Stanley in a club, and Stanley coming up to him saying, "Hey, you're the guy from the Plasmatics,” creating a friendship, and becoming a co-writer on hits like "Uh! All Night", which Jean still plays live to this day. Beauvoir also talks about playing bass on a few songs from the KISS albums Animalize and Asylum. When working on the song "Rockin In The Street" at Media Sound studio in New York, Mick Jagger (Rolling Stones) and Mick Jones (Foreigner) were in another studio and visited Jean. Subsequently, Jones ends up laying down the solo. So much to cover, but last two chapters talks about what his is up to today, living in Florida, playing Sweden Rock festival in 2022. He wraps it up on Racism, Role Models, and Setting Examples, a great overview of his perspective on life, liberty, and the pursuit of happiness.

Beauvoir's story is a rock ‘n’ roll adventure with so many successes, struggles, and every chapter you find out something else you probably didn't know he was part of. Diary of a Black Punk Icon is about having talent, working hard, taking a chance, being at the right place at the right time, and establishing great relationships. A small color photo gallery is also included. Could probably do a photo book. Next, Jean?