LORDS OF THE TRIDENT - Shadows From The Past 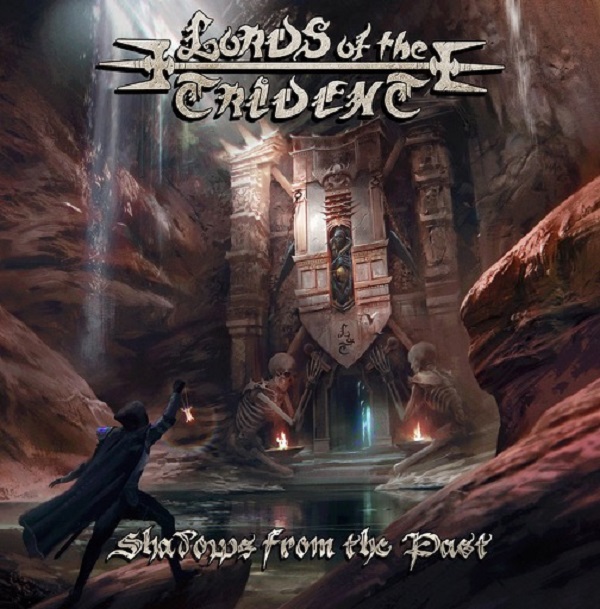 Have only seen these guys live, where they're lovable bat-shit crazy, costumed trad metallers. On disc? New experience. Fair to say the music is as schizophrenic as the mock personalities performing: Fang von Wrathenstein (vox), Baron Taurean Helleshaar (guitar)...you get the (Picasso) picture.

"Death Dealer" jumps right into the deep end of the high vocal, traditional metal pool. More of the same from "Zero Hour". Good stuff. While the songs do not appear to be a connected/concept album, that's not beyond these wacky Wisconsin folks. Mid-paced "Tormentor" features dueling guitars that sound something like video game effects, while "Burn It Down (with Fire)" follow-up has a guest appearance from Brittney Slayes (Unleash The Archers). "Figaro" begins as a drum stick on wood block style ballad, then quickly ventures in Broadway musical territory. Baroque orchestrated "The Party Has Begun" is an instrumental leading into the comical, talked-through "Brothers Of Cain", protagonist telling his story as he robs the aforementioned dinner party. Finishing duo of "Nameless Tomb" and "The Gatekeeper" are rollicking, straight ahead metal numbers: strong vocals, toe-tapping, headbanging melodies. Feeling adventurous?