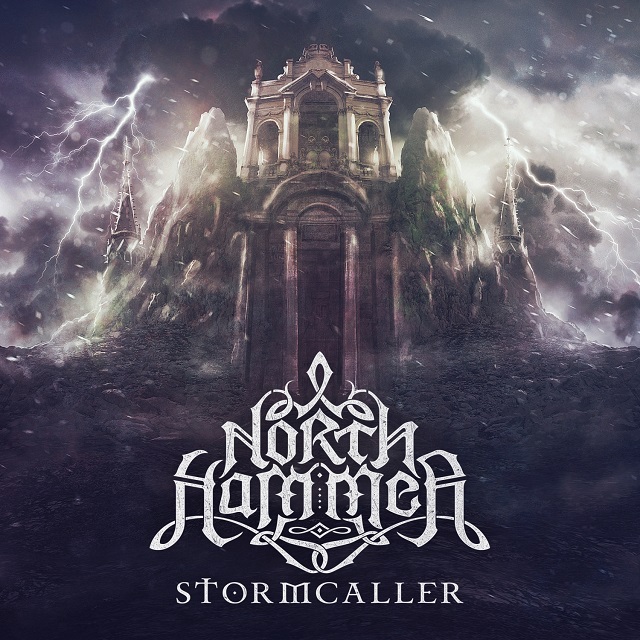 One man Canadian wrecking crew Andrew James (Eyes Of Horus, Shotgunner) is aiming his hand at Viking / folk metal in the vein of Ensiferum, Wintersun, and Amon Amarth with his new band North Hammer. For the most part, he succeeds as this is enjoyable listen and doesn’t overstay its welcome, sitting at 37 minutes.

North Hammer doesn’t mess around with long, drawn out songs, each cut hitting its mark swiftly and promptly. Stormcaller possesses all the trademarks one looks for when listening to this kind of album – melodic guitar parts, sing-along choruses, and interspersed with acoustic elements. “Wanderer” holds that campfire vocal melody Ensiferum *used* to write so well while opener “Avatar” captures attention immediately with a dark-fused folky guitar riff.

Stormcaller holds those song titles you would expect to see – like the go-for-your throat “Tip Of The Spear”, a melancholic instrumental “Black Forest Rain”, and the beer-swilling stomper “Magic Mead”. Now while those lyrical ideas are typical, the songs are so well constructed that it makes you say – “I gotta listen to that again!” What I like best is North Hammer doesn’t pound the same nail over and over again. Each song is pretty much below four minutes (except for two of the cuts) and it doesn’t become a caricature of itself saying “oh we are this kind of band, so we have to play this way.” James holds a strong vocal delivery and gives the songs and extra edge to them. I honestly wasn’t expecting much from this, but this is some wonderfully executed folk metal, and it sure wipes some of the bitter taste the last Ensiferum album left.