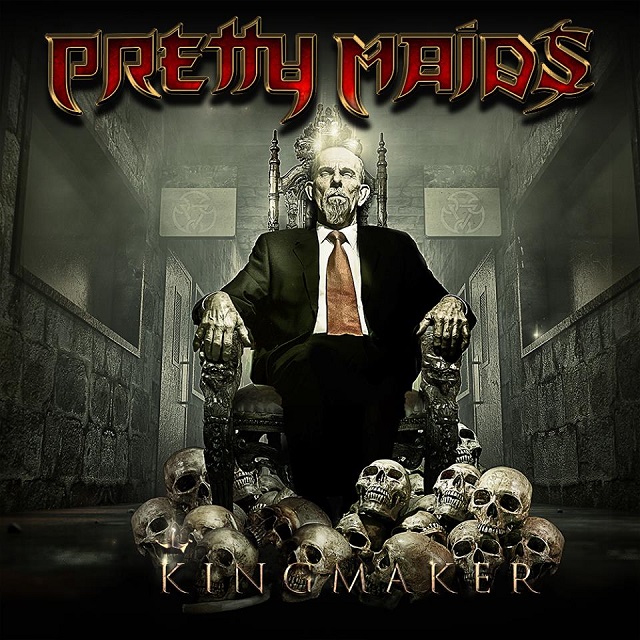 Hard to believe Ken Hammer (guitar) and Ronnie Atkins (vocals) are still making vibrant metal albums, the Danes having first graced us with an Ep, back in 1983! Sure, there was a mid-‘90s lull, when kept afloat by Japanese label's favored pop anthems, but for the last three (now four) albums, the gritty, guitar driven material has been of the highest quality: strong on sing-along choruses and the odd biting social commentary in the lyrics. Has it really been almost three years since the release of Louder Than Ever? Hitting hard, from the chugging, liturgical chant introduced “When God Took A Day Off” opener and heavier/faster title cut, they are by no means the only upbeat tunes. After a teasingly mild start, “Civilized Monsters” kicks into full gallop. A short, (3:46) “Sickening” is a pounding staccato stomp and “Bull's Eye” is one of the anthemic crowd pleasers Atkins seems effortlessly able to turn out in his sleep.

“Face The Music” sees the synth take over as the dominate instrumental, still bouncy and airy. “Humanize Me' comes with modern, staccato, heavier tuned guitars interspersed with melodic sensibilities. Seemingly a couple of decades too later, “Last Beauty On Earth” is a singer/songwriter ballad and “Heaven's Little Devil” is a poppy ode to Ronnie's new (younger?) love. By contrast, “King Of The Right Here And Now” has a hint of darkness in the sound (until the chorus), aided by couple of speedy guitar runs. Despite a couple of tracks that rankle the metallic nose, top-to-bottom, a strong and thoroughly consistent platter. Veterans still teaching the kids how to rock!