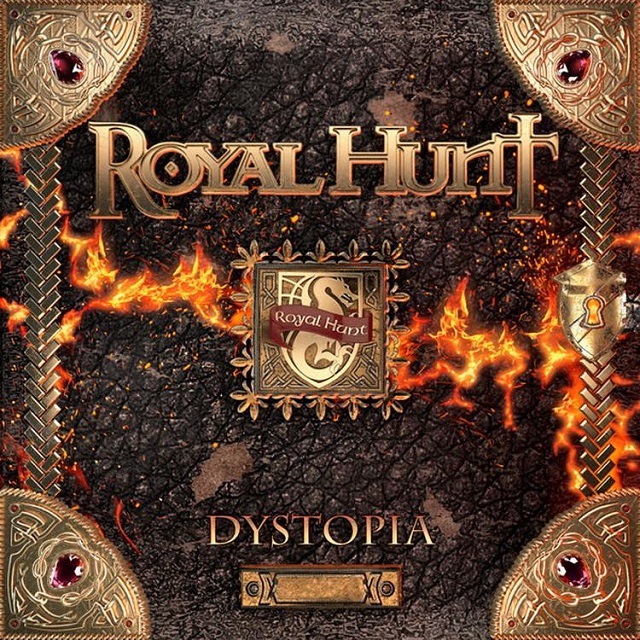 This Danish band has been making albums since the early '90s, from great melodic AOR rock classics Land Of Broken Hearts and Clown In The Mirror, to prog metal gems Paradox and The Mission. Lead by keyboardist/composer Andre Andersen since the beginning with the voice DC Cooper back behind the mic since 2011’s Show Me How To Live, Royal Hunt are one of the most overlooked, underrated names in hard rock and metal. Able to write hard rock hooks and melodies on the level of ‘70s/early ‘80s Styx and Journey to the musicianship of Dream Theater and Queensrÿche, Royal Hunt are a great hybrid of melodic hard rock, power, prog metal all in one.

Guest vocals by Mats Leven (Yngwie Malmsteen, Therion), a duet with DC on "The Art Of Dying", adds a great layer of texture to the tracks heavier guitars. Ballad "I Used To Walk Alone" features a guest appearance by Mark Boals, a duet with Alexandra Andersen, with fitting orchestrations. "The Eye Of Oblivion" is a strong up tempo rocker RH are always good for each album with those melodies in the chorus between the keys, guitars, and vocals. Electronic sounds from the keys begins "Hound Of The Damned" and work for something different before the main keyboard theme dominates the arrangement. Singer Henrik Brockman (Royal Hunt, Evil Masquerade) is also back, and Kenny Lubcke (Narita) are credited on the track. Very Rage For Order. For "Snake Eyes", DC, Boals, and Henrik share the mic. Instrumentals "The Missing Page (Intermission 1)" works as an interlude, but as a title I don't know how well "Midway (Intermission II)" fits as an album outro? Still a nice piece of music. "Black Butterflies" sits as the longest track at 8:18 and has a darker feel in the riffing. Royal Hunt is a great band with a rich catalogue that never get enough recognition amongst journalists and music listeners.