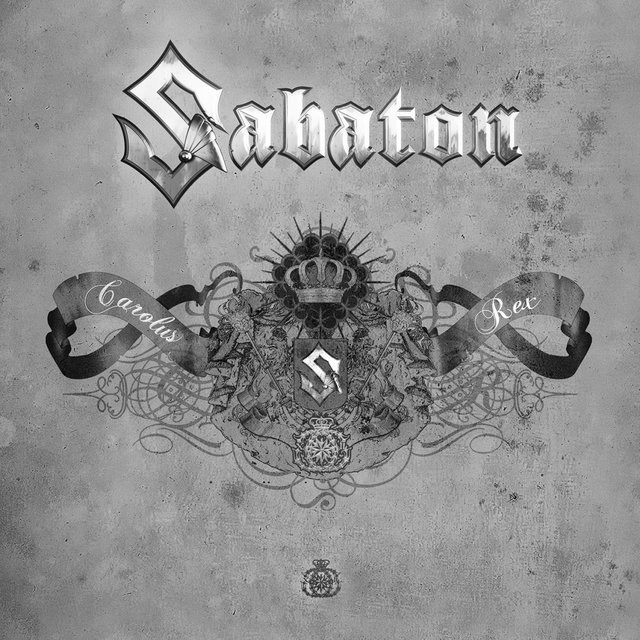 Ah yes, Sabaton. I guess looking for a way to reissue the band’s album that catapulted them into popularity, here we have a platinum edition of Carolus Rex to celebrate the album being certified 4x platinum in their native country of Sweden and to commemorate 300 years since the death of the Swedish king who inspired it. So besides the whole album, the listener is treated to a few bonus tracks, plus the Swedish version of the album. This edition is best suited for the hardcore fans or anyone new to the battalion as the extras are probably not enticing enough for the normal consumer.

Onto the music, this is Sabaton’s magnum opus and one they’ll probably never beat. The history and battle nerds (and I use that term affectionately) were tackling their own country’s history, charting the rise and fall of the Swedish Empire, and were at their most inspired doing it. This is picture perfect, catchy power metal. Anyone who’s seen them live, knows how “Gott Mit Uns” has become one of their staples and is the catchiest song they have ever written. Carolus Rex is a spectacular journey from the speedy “The Lion From The North”, the sentimental “A Lifetime Of War”, the rhythmic “Poltava”, to the chanting “Long Live The King”. It’s a like a cinematic adventure going through the highs and the lows of Charles XII (Carolus Rex). Wonderfully executed, memorable to the bone, and my go-to Sabaton album. If I was just grading this by the music, this would be a 10.

Besides the original album, there are four bonus tracks including their sterling cover of Bolland & Bolland’s “In The Army Now” (which was included on the original U.S. edition of the album), Amon Amarth’s “Twilight Of The Thunder God”, Rammstein’s “Feuer Frei!” and original speedster “Harley From Hell” (originally included on the compilation Metalus Hammerus Rex). A little funny hearing them do Rammstein and they turn the AA tune into a perfectly done power metal tune. The star is of course the charge of “In The Army Now”, which the band uses to get the crowd pumping before they head on to the stage.

Listening to the Swedish version of the album provides for some entertainment and this is really where potential buyers will have to decide its value. Basically nothing different from the English version except of course the songs being sung in Swedish. If any potential listener finds a lot of value in these bonus tracks and the Swedish sung version, then have it, but there is no question that Carolus Rex is the quintessential Sabaton album. With a new album on the way later this year, can’t wait to hear what they come with!