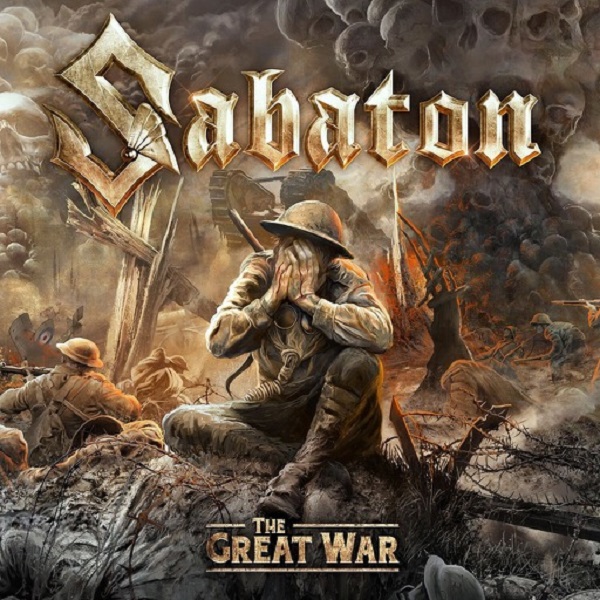 Sabaton has enjoyed a meteoric rise in the ranks of popularity since their 2012 opus Carolus Rex as the Swedes have marketed themselves tremendously and keep adding new fans to the Sabaton army. Since the magnificent Carolus Rex, musically Sabaton has fired out solid, but ultimately unremarkable records with 2014’s Heroes and 2017’s The Last Stand. Timing has seemed to align perfectly with November 2018 being the 100 year anniversary since the end of World War I and what better way to recognize this distinction than with an album detailing the event. The Great War digs Sabaton out of the trenches of mediocrity and into the fields of greatness.

As the Swedes have escalated in status, repetitiveness had started to creep into their music as they were relying on the same tropes and using similar chorus parts and melodies. For the most part, aside from the title track ironically and a couple other instances in “82nd All The Way” and “Devil Dogs”, the heavy metal squadron doesn’t fire the same bullets into the same spaces. Yes they are using the same machinery to get the job done, but these songs stand on their own merits. Joakim Broden serves as the perfect narrator, using his commanding tone to sing these tragedies of the war. The quintet soldiers on with sturdy and catchy odes like “Seven Pillars Of Wisdom” and desperation of “The Attack Of The Dead Men”. A surprising Hammond organ greets “The Red Baron”; a romper that serves as one of the best volleys from The Great War and will surely become a live favorite. The latter half of this campaign, especially the last three salvos might be the greatest this band of heroes has ever created, which is saying a lot. Single “Fields Of Verdun” is one of the best speedsters they have every constructed and the closing two, “The End Of The War To End All Wars” the curveball surprise of “In Flanders Fields” provide a depth of great emotion and melancholy that echoes the horrors that were inflicted on the battlefield. The former features bone-chilling orchestration and epic instrumentation and vocals while the latter is a 2 minute emotional outro done by a choir. An incredibly moving moment to end the proceedings. A strong 38 minutes of music, Sabaton has righted the ship and will make current fans happy and to listeners who have always been dismissive of them: take notice!