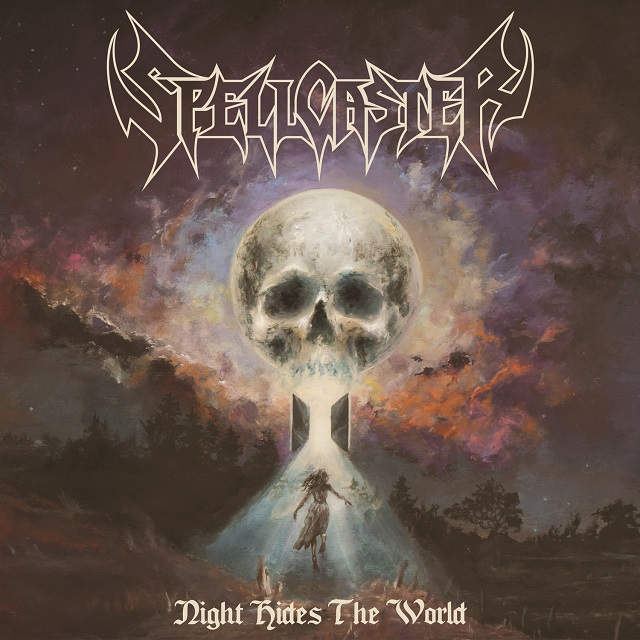 Another name to add to the growing list of young, traditional American metallurgists. Alongside internationally viable acts like Night Demon, Widow or Holy Grail, Portland, OR based Spellcaster, now on album #3 (albeit the debut for Prosthetic) offer melodic heavy music with actual singing. "Aria" kicks off with a "Wipe Out" inspired drum roll, before the high pitched voice of Tyler Loney kicks in. Really not too many bands plying this kind of polished sound, walking the line between classic Triumph and hook laden, no-frills metaldom.

Infectious is the key word throughout. Damn shame there are only eight songs. Cool picking and aggressive streak in "The Lost Ones", while follow-up "Betrayal" offers a mid-tempo staccato riff. There's a brief snippet of Iron Maiden inspired twin guitar interplay in "I Live Again". Although "The Accuser" begins as if it's going into ballad territory, it just as quickly jumps to a gallop. "The Moon Doors" closer is almost end-to-end guitar runs. Band was recently seen on tour with Striker and will spend the summer out with Exmortus and Holy Grail on the Fellowship Of The Strings tour. Undoubtedly, the first step to bigger things.