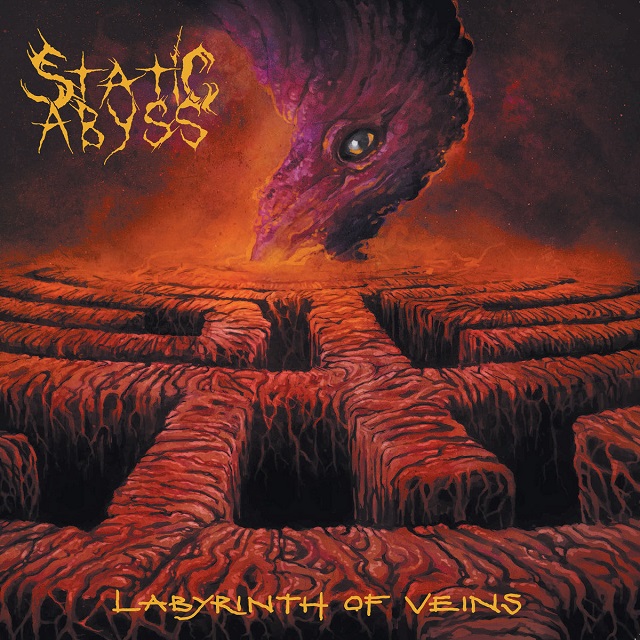 Grimy, doomy, guttural death metal is the name of the game on Static Abyss’ debut full-length from Autopsy’s Chris Reifert and Greg Wilkinson.

Reifert has quite the imagination with descriptive, chilling, horrific lyrics – just look at the song titles like “Mandatory Cannibalism”, “Jawbone Ritual”, and “Morgue Rat Fever”. The music is compact and a quick aural assault with Reifert and Wilkinson effortlessly changing tempos from brutal up-tempo fires to slow, muddy volleys and the buzzing, massively distorted guitars churn out nasty riffs with eerie, chaotic soloing. They do all this while keeping the songs shorter. Only two of the ten tracks exceed 5 minutes.

Of course there are going to some similarities to the guys’ main band Autopsy, especially Reifert’s sewage filled vocals. The before mentioned “Mandatory Cannibalism” is totally sick with Reifert’s delivery of the lyrics. The title track flourishes in an evil, slow tempo with whispered screams truly depicting a hellish environment and stands as one of the highlights along with the quick tempo changing and salute to ‘90s death metal riffing in “Nothing Left To Rot”.

With the album closing in just below 40 minutes, the friendly runtime works to Static Abyss’ advantage by not tiring the listener and as the last sinister notes finish off “Clawing To The Top Of The Dead”, you are left wanting more. High quality death metal from the Autopsy crew; give this one a look.