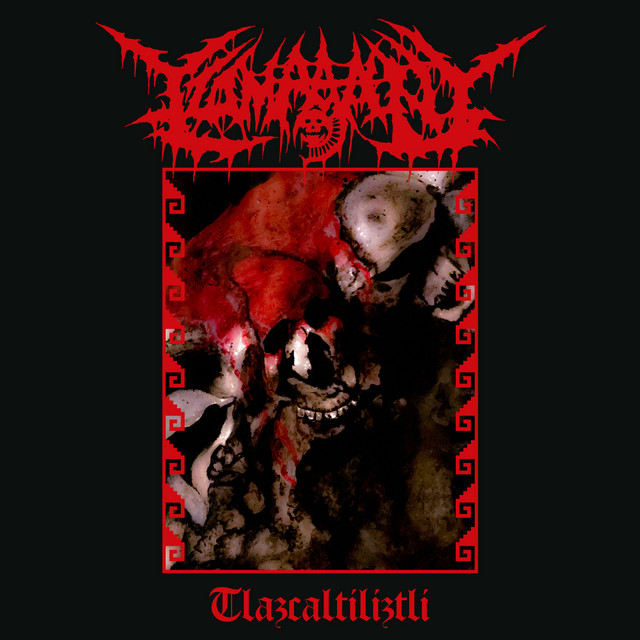 Love the concept here, California's Tzompantli mainly the work of Xibalba's Huey Itztekwanotl o))), although here he's joined by others to create a massive death/doom sound mixed with Indigenous music and culture. This sort of thing often sounds forced, but something about horrific, grinding death/doom and drum circles just works together, and this whole album is proof of that; even when the Indigenous influences are subtle, they add so much.

And the doom crushes: check out the haunting, powerful vocals on “Tlazcaltiliztli”, which also drops to a half-time sludge swamp stomp that Coffins would be proud of, or the caveman Hellhammer stomp found in “Ohtlatocopailcahualuztli”, itself also benefitting from Indigenous vocal and atmospheric elements, as well as some to-victory Mournful Congregation riffing. “Eltequi” is basically DM Indigenous music, which is just, wow; “Tlamanalli” uses percussion elements and killer battlefield-ready death/doom riffing to maximum impact; closer “Yaotiacahuanetzli” may be the heaviest cut here, things slowing down to a massive snail's pace before picking up to a grind and a punk and man everything is just hitting the spot perfectly here.

The whole record is a winner, wrapped up in a great, ugly production that works perfectly, and a smart, economic runtime. To victory, indeed.