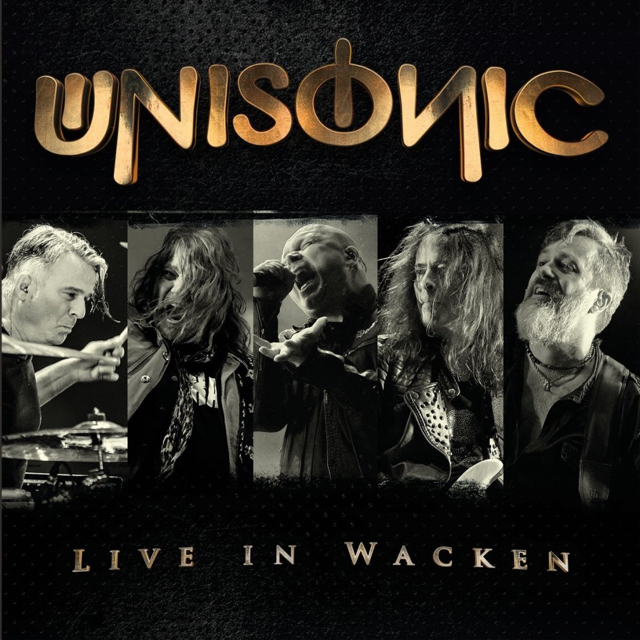 As one of the few North Americans who has seen the band more than once, feel safe to say this is a fairly true representation of a Unisonic show. Why? Well, with former Helloweeners Michael Kiske & Kai Hansen (also of Gamma Ray) in the fold, they typically pull out at least one old Weenie classic (often “I Want Out”, but the two of them were on Hansen's recent solo Wacken excursion, released by the same label, just a few months back). But anyone expecting the energy/aggression of Hansen's better known entity should look elsewhere. Throughout, the focus is Kiske's voice. If Gamma Ray is metal, then Unisonic is hard rock. Within the eleven Unisonic performed at Wacken (“Venite 2.0” is merely an intro), they dust off “A Little Time” and “March Of Time”. During “A Little Time”, they break into Judas Priest's “Victim Of Changes”, at least until Kiske gets the opportunity to hit that trademark high note. Of the original material, they start hard & fast, with “For The Kingdom” is built on a heavy riff, but commercial soaring chorus. Speaking of stratospheric titular choruses, there's “Exceptional”.

There's not much in the way of between track banter (what there is, before “March Of Time” is in German), but those time slots are timed, down to the minute, so no wasting, just music. “Your Time Has Come” begins like it will be another stormer, but settles in easy mid-tempo, apart from the guitar break. “When The Deed Is Done” and audience sung “Star Rider” (where Kai provides some lead vocals) could be staples of AOR radio. After a couple of “sleepers”, “Throne Of The Dawn” kicks off with a menacing guitar tone, but only the twin leads on “March Of Time” truly get the heart racing. Probably should have left that one as the parting shot, but the band's signature track “Unisonic” lives up to the Kiske/Hansen legacy. With the Pumpkins United tour revisiting past glories, unlikely any Unisonic shows for a while, even longer on these shores, so enjoy!