USURPER - Lords Of The Permafrost 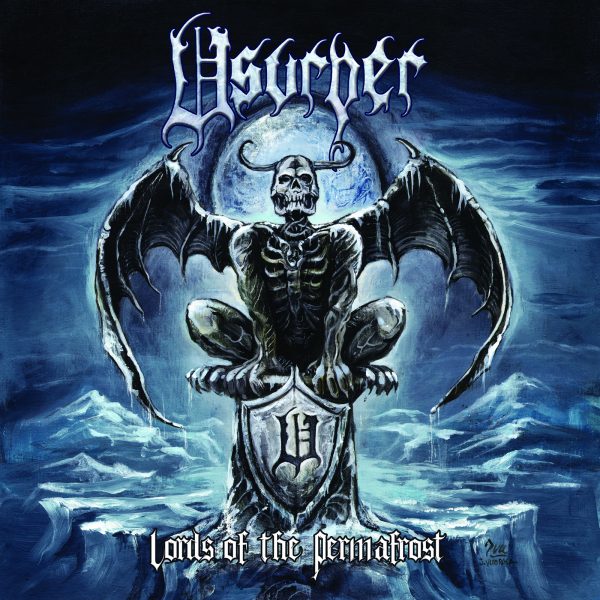 I've always really loved what Chicago's Usurper have for sale, namely a type of extremely heavy trad metal delivered through a death and black and sludge framework, end result being something like Manowar covering Celtic Frost at their heaviest, with a touch more self-awareness than either of those bands have, Usurper managing to somehow be both in the audience headbanging along to their set while also up on stage playing, in a manner of speaking, because in a sort of Exhumed-ian way, these guys are just beer-swilling metal lifers like the rest of us, and there are smiles underneath all the extremity.

And extreme Lords Of The Permafrost (which is sort of what every Usurper album has ever been called in my head, it being the ultimate mean median Usurper album title) is, the album—the band's first since the Earache-released Cryptobeast in 2005 and featuring a minor lineup overhaul—delivering all the great riffs that I expect from Usurper (check out the awesome “Beyond The Walls Of Ice”, another very Usurper-ian title), all the Tom Warrior-esque sludge/proto-death, all the oddly heroic sounds bringing these songs to life. I'm also reminded of the late and great The Gates Of Slumber, but Usurper have a good half-decade on that similarly minded band, albums like this one—their sixth—only proving their dominance in a scene that barely exists, but also exists across many genres, making Usurper one of those bands everyone kinda digs, at least in passing if not as a way of life. Me, I've been sold for a long time, and am hoping the wait for the next album isn't another 14 years.