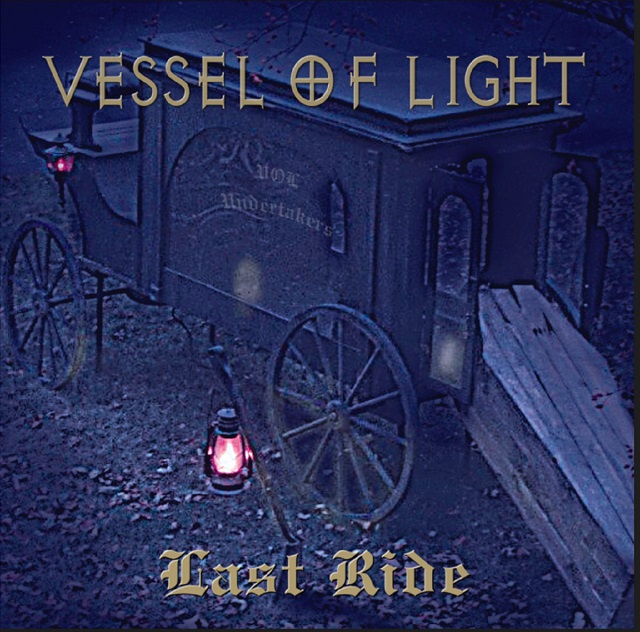 Fourth album from doom band Vessel Of Light with guitarist Dan Lorenzo (Hades/Non-Fiction and Ron Lipnicki (ex-Overkill) on drums. Between Lorenzo's riff, Nathan Opposition's vocal tone, opening tune "Last Ride" feels and sounds like a hybrid of '70s Sabbath, and Alice in Chains especially in the harmonies during the chorus. "Disappearing Act" continues with the consistency, and wow, vocals in those lonely somber verses is very AIC. If you are looking for a band that captures the ‘90s grunge sound, well here you go. Excellent Iommi influenced ominous riff in "Torture King", but unfortunately the verses just plod too slow, sits there like a bag of sand. The chorus has a big swing of the hammer, just wish it had some more momentum as the song progressed.

Opposition has a fitting voice for the genre, a mix of monotone and melodic. "Carving Station", again too slow, like Crowbar or Down. "There's No Escape" would have fit perfect on AIC's album Dirt. "Web Of Death” flows better, more appealing, the riff and rhythm section with kick in its step.  "Voices Of The Dead" includes a classic Sabbath break, moody bass, during the verse as the doomy riff return for the chorus, and a much needed change in the tempo romp last quarter of the song.

Given the style and approach to songwriting, ten songs that sounds too similar to each other. And could use a few more guitar solos. Not my thing as reflected in the rating, but may appeal to others. Oh, cool album cover also.