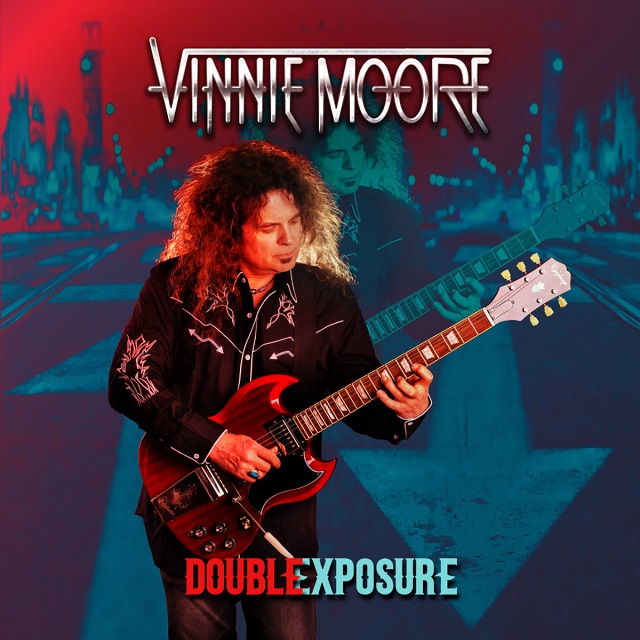 Before he was a guitarist in UFO, Vinnie Moore cut his teeth on Shrapnel, the shredder label, initially releasing an instrumental Mind's Eye, in '86. Still one of my favorites from that era. There have been plenty of albums since, the latest offering a few guest vocalists, including ex-Riot frontman, Mike DiMeo, on "Rise". The stuff with lyrics is up first and the remainder (once destined for a stand-alone EP) is voiceless.

"Vertical Horizon" has a blues ‘70s Aerosmith vibe: think mid-tempo "Mama Kin" with a more aggressive/modern sounding guitar. The aforementioned DiMeo cut opts for a bit of funk tinged hard rock that wouldn't be completely out of place on a Steve Morse-era Deep Purple platter. Jangly, ‘70s FM radio rock (complete with snippets of acoustic guitar) is the tact for multi-tracked vocals of "Still Waters Run Deep". Despite the meandering pace, Moore unleashes a flourish within the otherwise sedate number. More funky/jazz influenced hard rock (late era Purple, w/ Glenn Hughes). "River Flow" is a southern rock/country-tinged ballad. Speaking of southern rock, check out "Hummingbird", seemingly straight out of the .38 Special playbook. All those mentioned are legitimate songs, the guitarist keeping the showmanship in check, reserved for the instrumental material.

To that end, fleet fingered "Astro Man", the first selections sans voice, comes blaring out of the speakers, then settles for a lot of reverb, wah wah pedal and groove. "Breaking Through" has a spacey feel, as the music sounds like an 8-bit arcade game filtered through a pitch shifter, and alternately slowed/sped up. "In Too Deep" has an upbeat Dick Dale surf (with the alien?) aura. More stripper strut/funk, from "Rocket", while on the opposite end of the sonic spectrum, "One Day" is an instrumental ballad (oxymoron?). Disc closing "Southern Highway" is more mid-pace noodling: middle aged man's soundtrack to a convertible drive down a winding coastline.

Know he has a lot of fans within the classic rock/metal community, but be forewarned that Double Exposure is more like a double life, or alternate personality (as a solo record should be, no sense merely aping one's day job). Just make sure you know what you're getting into.