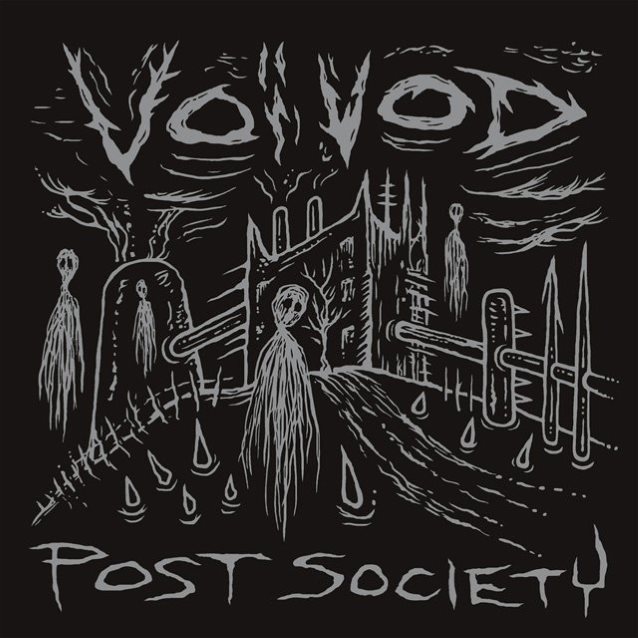 Continuing the classic, mid-era Voivod vision that 2013's Target Earth captured so perfectly, Post Society is a five-song EP that follows its predecessor's sound all the way to the multiverse's outer limits (though not The Outer Limits). It's now unbelievably been more than a decade since Piggy's tragic passing, but his influence on, and architecture of, the Voivod sounds continues, as Post Society completes its mission with dissonance and insistence (and vocoder!), just as Killing Technology, Dimension Hatross and Nothingface did before it.

Post Society's highlights are "We Are Connected" and "Forever Mountain", from Voivod's split 7-inches with At The Gates and Napalm Death respectively, both soaring examples of what has made this band so unique and revered since its awakening in the small town of Jonquière, Québec more than 30 years ago. "Forever Mountain" especially is an important entry into Voivod's body of work, the track getting intensely Dimension Hatross before inadvertently exclaiming what is Voivod's legacy: "So here we are on the roof of the world! / We belong to the sky! / Now we have reached the point of no return". Post Society also includes a cover of Hawkwind's classic "Silver Machine", Voivod paying tribute to Lemmy - metal's fallen leader - the best way it knows how.