In order to raise money for cancer research, European-based freelance photographers Bianca Berger and Eugene ("Eus") Straver have designed a calendar featuring images of the latest edition of the 70000 Tons Of Metal Cruise. The calendar boasts awesome photos of the event from the artists and passengers on the cruise.

From January 22nd-26th, 2015 the luxury cruise ship Liberty Of The Seas sailed from Fort Lauderdale, Florida to Jamaica and back, claiming the title of world’s largest floating heavy metal festival. The ship carried 60 bands and 3,100 heavy metal fans from 70 different countries. 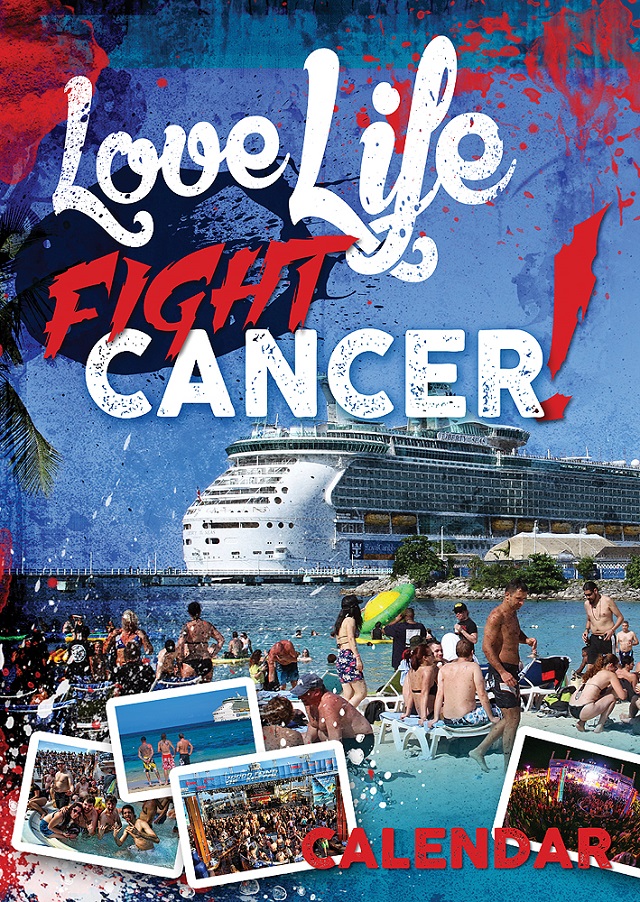 When asked about what inspired them to do the calendar Bianca tells BraveWords: “The idea originated at the Graspop Metal Meeting a couple years ago. We had a few drinks and talked about my project. Eus had lost a few dear friends and supported my project. Because we respect each other as photographers we thought about a project together. At first we thought about releasing a photo book of one of the metal fests we attend each year. So what festival is special? 70000 Tons Of Metal sure is! Of course after this conversation nothing really happened, until we met again a few months later and started talking about it again. From that moment we started to get serious about it. The idea of a photo book was a bit too far-fetched for us at the time. We had no experience in doing something like this, who do you ask for help and how do you get sponsors? What about the rights of the artists? So we decided to start with something smaller and the idea of a calendar was born. And I’m happy we decided to start with something smaller, because as you can expect it wasn’t easy putting something like this together. Besides the choice of pictures we both had to agree on, you have to get permission of the artists to use their images. That takes time, a lot of time. Then you have to create a design. It may be for a charity, but it’s also your business card. In the end I think the result is pretty good, if I say so myself. And it was fun doing it, we learned a lot and met a lot of interesting people. Maybe we’ll do a photo book next year. No, we’re going to take it easy after this project, but we have lots of new ideas.” 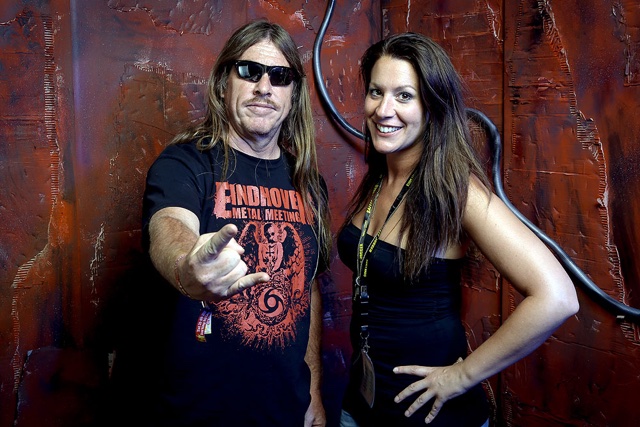 And cancer has hit both Bianca and Eus deep in the heart:

“Both my best friend and my aunt were struck by cancer a few years ago and to this day they still suffer the consequences of this terrible disease,” Bianca reacts emotionally. “That’s the reason I started supporting the Dutch Cancer Foundation (KWF). I thought of a project to hold an exposition of my photography in Baroeg in Rotterdam and Boerderij in Zoetermeer. I didn’t have a lot of money to donate, but what I did have were lots of great pictures I shot over the years of concerts and festivals. Sadly almost everybody knows somebody that has to deal with cancer. Research shows that one on three people in The Netherlands will be diagnosed with cancer in his or her lifetime and that’s a lot!" 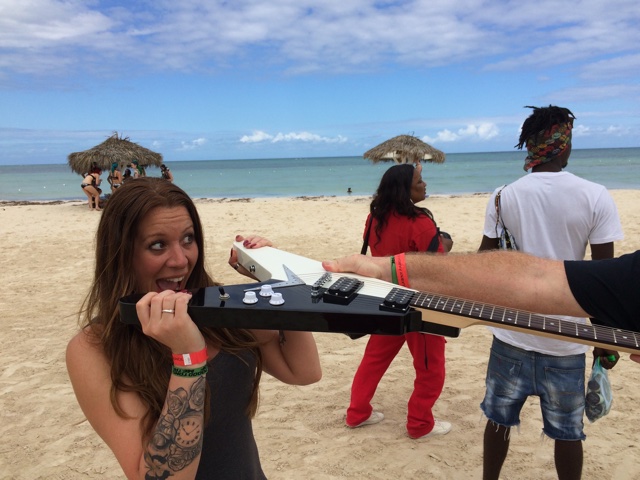 Eus adds: “Like Bianca said, everybody knows someone in his or her immediate surroundings that has been struck by cancer and I too have lost several family member, acquaintances and good friends to this disease. Only a few years ago I lost a good friend. That was just after the first edition of the 70000 Tons Of Metal Cruise. When we got back from the cruise we only had one last opportunity to visit him and share our stories with him. Our enthusiasm, the pictures and videos we showed him put a big smile on his face. The absolute highlight was when we showed him the video of Chuck Billy (Testament), who was a good friend of his, dedicating the song "D.N.R. (Do Not Resuscitate)"  ” to him. The moment Bianca came with the plan to do something with the pictures from the cruise and support KWF, there was no doubt in my mind and I immediately agreed, because for me doing nothing isn’t an option!”

How can the community of heavy metal help this terrible disease?

“That’s a good question,” Eus closes. “It’s not easy to help personally fight this disease but if there is someone you know with this terrible disease, at least you have to be there for them and stand by his or her side till the end, even if that’s very hard at some moments. Of course there are many other projects to collect money for several cancer foundations all over the world, so donate some money couldn’t do any harm. With a project like this we try to help as much as we can, so the metal community can help by purchase this calendar." 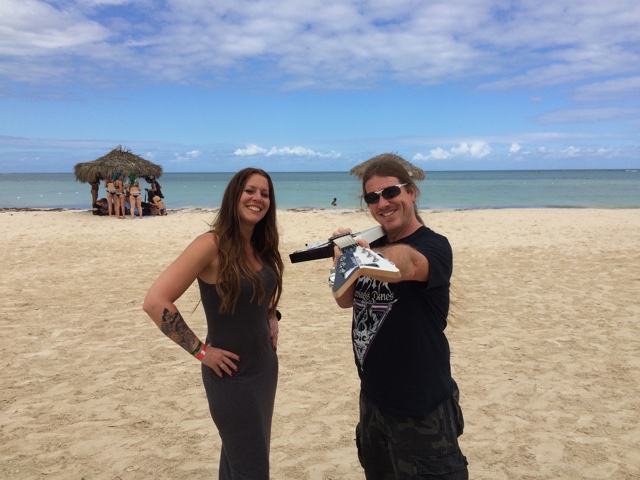 Unfortunately, everyone knows someone in his/her surroundings that suffers from cancer. Think off Lemmy of Motörhead, David Bowie and Alan Rickman who suffered from this terrible disease and recently passed away. In The Netherlands, one in three people is diagnosed with cancer in his or her lifetime. Through research, the KWF cancer foundation intends to cut cancer rates as soon as possible, and get this terrible disease under control. The foundation helps people fighting cancer and also supports their family members and friends. The organization stands for: Less cancer, more cure and a better quality of life for cancer patients! 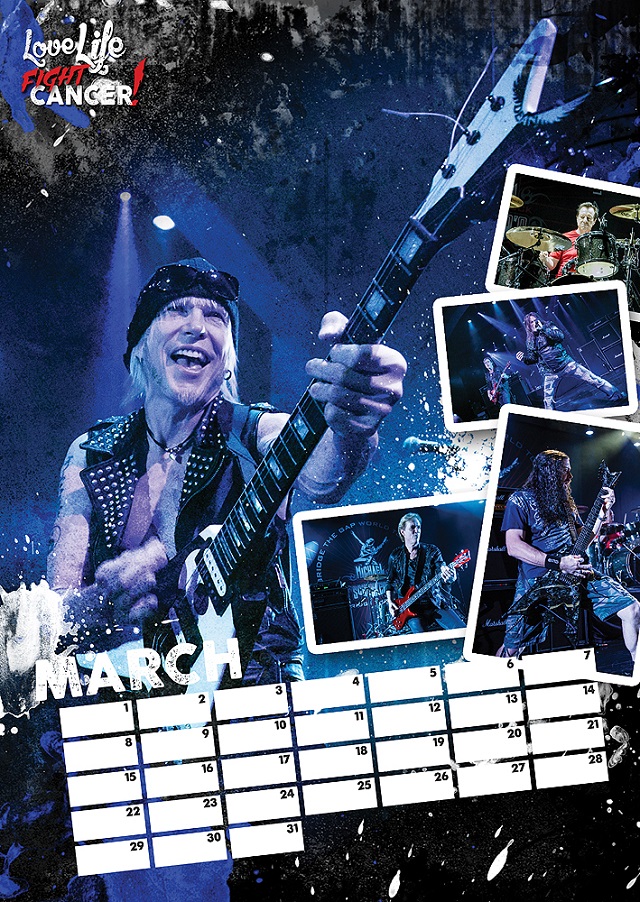 Bianca Berger and Eugene Straver have been working as freelance photographers for many years, shooting bands for the likes of OOR magazine, Aardschok, Slagwerkkrant, Rock Hard Magazine, Festivalinfo.nl and Metal-experience.com. They have photographed a host of international artists such as Slayer, Metallica, Iron Maiden, AC/DC and Slash, and they are present at Europe’s biggest festivals: Fortarock, Wacken Open Air, Graspop Metal Meeting, Alcatraz Metal Festival, Roadburn, Metal Days, Eindhoven Metal Meeting and 70000 Tons of Metal Cruise, among others.

Support a good cause and purchase this unique birthday calendar for only €12,50 at this location. All the revenues will be donated to cancer research.