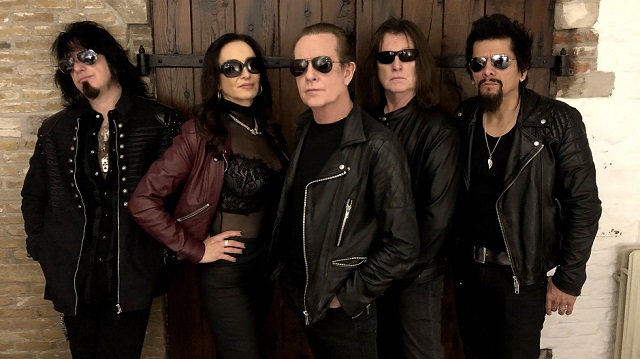 “Are You Ready to Rock” and “Into the Arena” we went, as Bravewords was on hand to witness the Danforth Music Hall, Toronto, Ontario stop of Michael Schenker Fest, in which singers Doogie White, Robin McAuley, Gary Barden and Graham Bonnet took turns roaring out MSG classics from their respective eras.

I sat down with Graham in his upstairs dressing room at the historic theatre venue, with the 71-year-old in great spirits and “Armed and Ready” with a bunch of news on future projects.

First off, Michael Schenker Fest have finished the follow-up to the immense Resurrection album of 2018, scheduled, says Graham’s manager Giles Lavery, for release in August. Adds Bonnet, “Yes, that’s been done already. I think that’s pretty much in the box, finished as far as I know. Same thing, same deal, same lineup, same producer, exactly the same set-up all the way.”

But in a parallel universe, following upon two well regarded records under the moniker The Graham Bonnet Band, Graham’s decided to tweak the formula slightly and deem his record an Alcatrazz project. Makes creative and stylistic sense, says Graham.

“Yes, I think this will probably be like the fourth or fifth or sixth Alcatrazz album, because I think the two albums that we’ve made as The Graham Bonnet Band, as it was, I think they’re very much a continuation of Alcatrazz. They have that sort of sound, albeit a little bit more modern, I think; well, hopefully. And I think this album will probably be the sixth album of Alcatrazz in a way, but at the same time the first of a new Alcatrazz. It’s kind of hard to think of a new Alcatrazz; it sounds a bit silly. But this band now, the way it is with Joe Stump playing guitar, sounds very much like we did when we had Yngwie Malmsteen playing with us years ago. But a little bit more ballsy, I would say.” 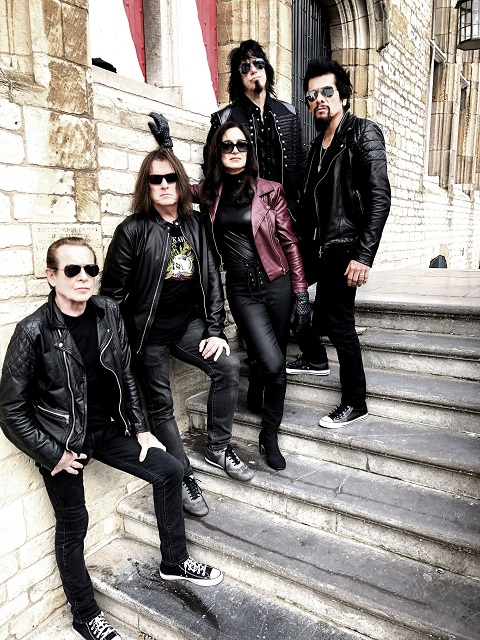 “We started the band in my garage a couple hundred years ago, 1980 something,” reflects Graham, “in Calabasas, California. Gary Shea… we’re not gonna have Gary, because I don’t think Gary’s doing stuff anymore. So we have Joe Stump, whose our new guitar player, and that’s going to be the new Alcatrazz, and they’re working without me right now. They’re all rehearsing and getting ready for our tour that’s coming up in a little while. And we have to record, so I’m making up tunes on the road so to speak, in this box (points to his luggage). Here’s my notebook for writing down stuff, anything that comes to mind, words and stuff like that. And I have my guitar with me to figure out arrangements. So that’s what we’re doing right now—we’ve got a lot of work to do.”

A productive place to write, says Graham. “Yes, sometimes it’s good being on the road, because you see things that inspire you or spark an interest in a subject. Or you see a road sign sometime, and, ‘Oh, I know, I can write a song about that.’ I mean, I’ve always got something that’s about real life in my mind, about real life, not about fantasy and stuff like that as most heavy metal stuff is, as you know, dungeons and dragons and chains and guys on mountains and all this. I usually write about real life, which is a little scarier sometimes. I think so, anyway.”

Fortunately Graham is clear of mind and up to the task of not one but two albums. Much different from his time with MSG (and UFO) blond bomber Michael Schenker in the ‘80s, to which he and Robin and Gary could each attest all too well.

“You know, I’ve heard rumours about the late ‘80s, but I know nothing about that. He went through a terrible time, with his addiction. Like we all do, like I did. I quit it; I quit drinking and everything. But I remember the days when I was with Michael, and Cozy Powell was still in the band, before we fired him and brought in Ted McKenna, bless him (looks up, points)—Ted, great drummer. Before he came along, every night, every morning, I remember, sitting with Michael, and him going, ‘How you doing? You want something?’ Glug glug glug, ‘Okay.’ From morning to night we were doing that until we passed out. But Michael has cleaned himself up. And I’m glad to say he’s playing better than ever. And he’s an amazing guitar player—although I’m probably prejudiced, he’s one of my favourite guitar players ever.” 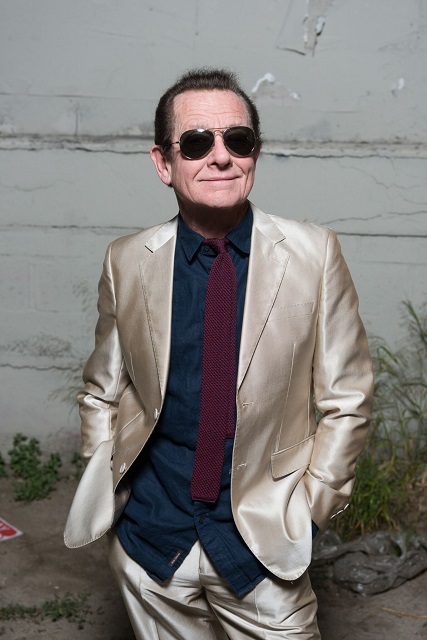 Even though Michael has been one of the great success stories in terms of astonishing—and unexpected—productivity and creativity over the last handful of years, with these incredible Michael Schenker Fest shows blowing everybody away, Graham says he’s still a lone wolf of sorts.

“No, he’s pretty much a guy who likes to be by himself—always has been, ever since I’ve known him. Except the drunken days back then; then we’d be all over the place. But he keeps himself to himself. That’s why he drives. He doesn’t want to be sitting with everybody else telling their road stories. And actually it goes into a loop: ‘Not that story again, not that one.’ He doesn’t want to sit there and be bored to death. Which sometimes happens. Because you’re in a bus forever, it’s like, sometimes it drives you a bit nuts. If I was a driver, I think I’d probably do the same thing. Because it’s nice to get away from being with those people 24/7.”

As we wrap up, manager Giles chimes in with a bit more hard news about what’s coming up, citing, “Alcatrazz, Japanese tour; we are filming a Blu-ray, DVD and recording a double live album, which is going to be the entire Down to Earth album, entire No Parole for Rock ‘n’ Roll album, most of the Stand in Line album and some other little-played stuff like Blackthorne. It’s gonna be a very extensive career-spanning set list. It’ll be a great package.”

Talk about hitting fans with both barrels. “Yeah,” chuckles Bonnet. “So let’s hope I survive it.”