BraveWords Rewind: PETE WAY On Reunions - "Never Write Anything Out Of The Question, But UFO Isn’t At The Top Of My Priority"

One of the most talented and charismatic bassists of all-time, the music world continues to mourn the death of original UFO bassist Pete Way at the age of 69. In this BraveWords rewind from 2014, Way readied his return to the rock scene with a new solo album and to “prove” himself with music featured on the record. He also reflected on his favorite UFO album and if he’d consider playing with them again.

The amount of renowned heavy metal/hard rock bands that have listed UFO as an influence over the years is quite impressive, including Iron Maiden, Def Leppard, and Guns N' Roses (in fact, as legend has it, Guns enlisted Mike Clink to produce Appetite for Destruction due to the fact that he engineered UFO's classic live offering, Strangers In The Night). And a major ingredient in what made UFO so darn special in the first place was their original bassist, Pete Way - whether it be his songwriting talents or snazzy fashion sense.

Last year however, Way was diagnosed with prostate cancer, which threw a wrench in his plans to return to the rock scene - with a solo disc produced by none other than Mr. Clink. Thankfully, the bassist known for his fondness for Gibson Thunderbird basses was recently given a clean bill of health from his doctors, so to celebrate, Way is hard at work finishing off his disc, to be titled Walking on the Edge. Speaking to BraveWords correspondent Greg Prato, Way discussed what to expect from his disc, his health, and of course, UFO. 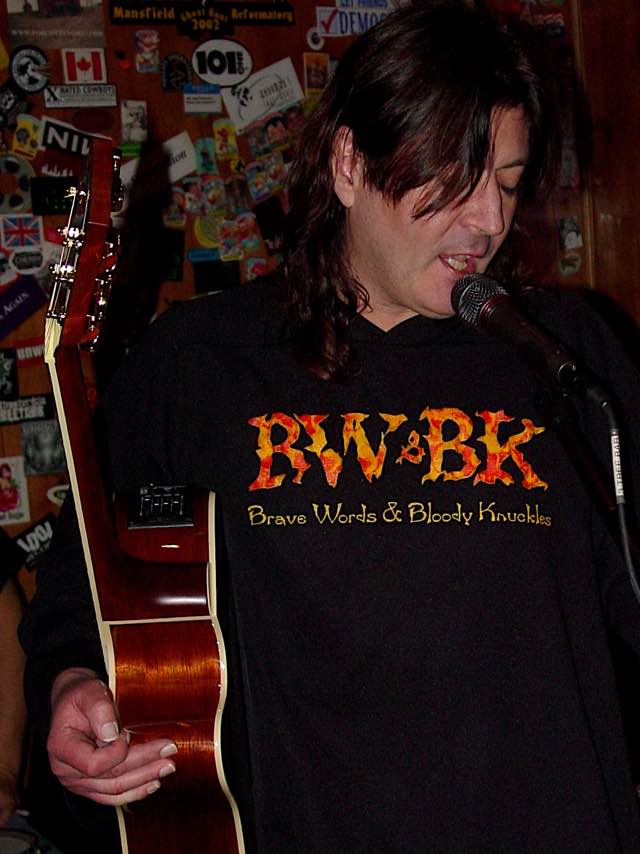 BraveWords: Let's start by talking about your upcoming solo album. It's going to be called Walking On The Edge, right?

Pete Way: "That's right. If you want to know about the style of music, it's a little bit interesting to me, actually. Put it like this - it goes through all your moods. It goes through Rolling Stones, AC/DC, Johnny Cash, to…Pete Way, I suppose!"

BraveWords: And from what I understand, there are going to be some pretty cool special guests playing on the album.

Pete Way: "I'm hoping, to be honest with you. A very well paid special guest is Mr. Mike Clink, who is producing. I've got to say it now, because I've said it in all my interviews - I had prostate cancer last year, and had to take pretty much a year off. Well, Mike was right in the middle of working on the album, so obviously, he works with Slash, and Nikki Sixx, who's always been a friend, and he offered his services. I'm not quite sure what they've done, because they're doing it in California, and I've been back and forth to the hospital. I'm pleased to say I've been cleared, and therefore, I'm ready to go out and be dangerous."

BraveWords: That was going to be my next question - how are you doing health-wise?

BraveWords: When should people start getting screened for prostate cancer?

Pete Way: "When you get around 40's or 50's, then you do it. Without being perfectly private, which I will be, if you have a pee and there's blood in it, then you go to your doctor. They also have ways of testing, and they know exactly how to deal with it, and of course, the quicker they deal with it, it makes it easier for them and also for yourself…or myself, in this case."

BraveWords: Before, you mentioned that one of the new tracks sounds like Johnny Cash. Care to give any other hints about song titles and what the material sounds like?

Pete Way: "It's taken about three years, if you take a year out. You've got tunes like 'Narcotics,' which is a little bit tongue and cheek, about my friends that are on narcotics, and I was in rehab, and they visited me, and said, 'Oh Pete, pour a couple of grams out for you. By the way, if you go through the gardens, there's a pub right down at the bottom of the exit from the gardens - we should go and have a drink.' And I'm going, 'Actually, I don't think I pay £5,000 a week…' [Laughs] It was a pretty good place. But it was quite funny being visited by pals that go, 'I've got you some coke. Thought you might need it.' [Laughs] Songs, if we're going to go deep, with Johnny Cash, I've written a song called 'First Shot is the Sweetest.' When you wake up in the morning after you've passed out the night before, your first shot is the sweetest. But there's love songs. It's everything. It really kicks you in the ass, and at the same time, it has moods. I was a little bit surprised, as were some of the people who have heard the roughs that it did have so much depth, because I wasn't expecting it, because it started out as just me and some ideas, which were probably going to be ideas for UFO. And then suddenly, I'd found I'd got the weight of the world on my shoulders. But I had to write words and melodies and things like that. That's why I sent the roughs to Mr. Clink, and Mike said, 'I love it.' I was expecting him to go, 'Give up, Pete.' When I got ill, he said, 'I'm only seeing Slash everyday.' Now, I don't know what Slash has done (on Pete's album) - he could have done nothing, he could have done the whole album, for all I know. Mike's biggest worry was the drums. Before the drumming, the great Nikki Sixx offered to do some bass overdubs and things like that. Because don't forget, by now, I'm Elton John and Mick Jagger all thrown into one. (Laughs) Moving along sweetly, but slowly."

BraveWords: Any idea when the album will be coming out?

Pete Way: "Optimistically, we're talking about the end of January. Obviously, you don't put it out around Christmas, because in England, you've got people like Slade doing their [sings a bit of 'Merry Xmas Everybody'], or in the States, you've got…what's her name? One of the divas doing one of their Christmas songs. No, you don't compete with that - not with this type of rock n' roll. I've never heard Guns do a Christmas single. Unless I've been proved wrong - if somebody's got a demo somewhere." 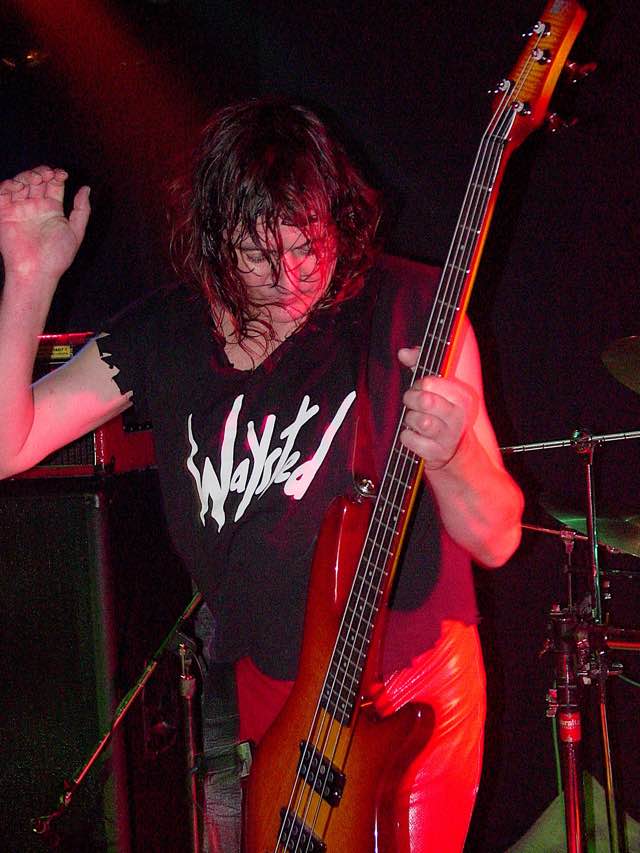 BraveWords: Once the album comes out, will you be supporting it with live dates?

Pete Way: "Oh yeah, absolutely. It's essential. Looking forward to it, actually. The hardest thing I had is juggling between singing and playing bass. I can be Phil Lynott, or I can be Pete Way struggling. But I was thinking I wanted it to be a band that was capable where if I've got two lead guitar players, one can take the bass and I'll just sing as lead singer, and switch back. Because I can play six-string fantastically. I wrote them on six-string - acoustic, that being. For the moment, until I get the final mixes, I'll know exactly how many machines we use, because they might have done a 'Britney Spears' on me, because it's being done in California with Mike. Mike came cover to England, and consequently, I did vocals here with Mike. And he started working with the drums. We had an unusual situation, where the drums I thought Mike had got, he hadn't got. So, 'Sherlock Holmes' found the drums that I initially did with Herman Rarebell on them - another well-known drummer. We were asking Lars Ulrich do it, and he offered to do it. Fortunately, it looks like we haven't got to go begging. I mean, Herman Rarebell obviously played with the Scorpions, and is pretty hot on the drums. It's just one of those things where you go, 'Thank God we've found'."

BraveWords: So is Herman playing drums on all the tunes?

Pete Way: "He's playing on some of them, as is a guy called Clive Edwards, who worked with me actually, before, who's a terrific drummer. Ironically enough, some of the drums were lost on their transfer. Depending on how technical people get, when you send them over, generally, it all arrives alright. But if it's not in the folder, suddenly, you've just got like, two overhead mics on a drum kit. Apparently, I just got an email - I'm speaking to Mike tonight - and it says it sounds brilliant. If I'd sold a hundred and something million albums, I think I would be more than pleased, so if Mike, who has sold a lot more than me, I'll take his word for it!"

BraveWords: Looking back, what was your favorite UFO album?

Pete Way: "Probably Strangers In The Night, because the fact that it's a double album, it does span quite a lot of what we were trying to achieve. And also, the fact that we're playing in a great big auditorium. It was the end result of an awful lot of work, and an awful lot of enjoyment doing that."

BraveWords: Lastly, would you ever consider playing with UFO again?

Pete Way: "Well, never write anything out of the question. UFO isn't at the top of my priority, but I have no problems with the guys. But having gone through the cancer business, I want to prove myself with this album, and come through to prove to the people that said 'Keep going Pete, this is great,' I'm going to prove them right, as well. When I was really down, that's what I needed. And they came from all the right people." 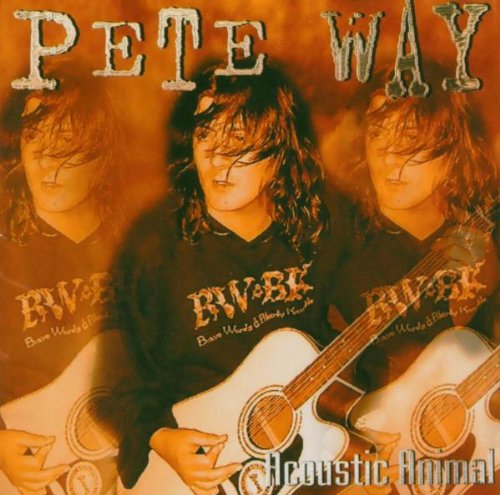 (All photos by Joe Kleon)