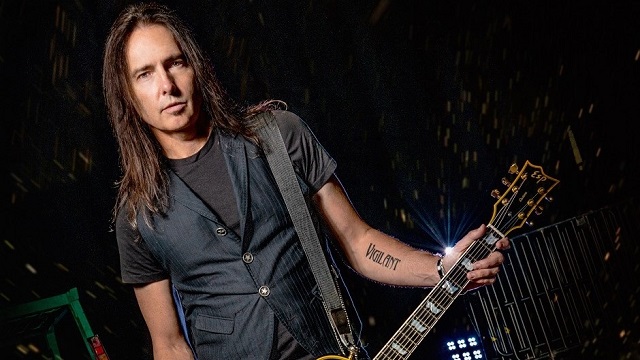 Although best known for his work with Black Star Riders and the modern day version of the on-again/off-again Thin Lizzy, guitarist Damon Johnson has also worked with Alice Cooper and Brother Cane, and earned songwriter credits with some of rock’s biggest names. And now, he is stepping out on his own with five-track solo EP, Echo (available for purchase here). With Johnson also handling lead vocals (bassist Tony Nagy and drummer Jarred Pope also appear), Echo was produced by hit-making producer Nick Raskulinecz, who has worked with everyone from Rush to the Foo Fighters (as well as Black Star Riders’ last album). Damon spoke with BraveWords correspondent Greg Prato right around the time of the EP’s release.

Damon Johnson: “Echo is special for me because it’s truly the first electric solo anything I’ve ever put out. I have to give a lot of credit to my producer, Nick Raskulinecz. Nick produced the second Black Star Riders album, The Killer Instinct, and Nick lives here in Nashville with his family. Which is also where I live, with my family. It’s great, because our wives and our kids have all become friends, and we do stuff together. One day, just out of the blue, he said, ‘Hey man, have you got any solo material that you want to record?’ I’d just been so busy that it really hadn’t occurred to me. So with his inspiration, I got moving in that direction. Nick did a great job, and he’s a pleasure to work with.”

BraveWords: What is it about Nick Raskulinecz that makes him special as a producer?

Damon Johnson: “Nick is a fan of hard rock music. All kinds - metal, black metal, hard rock, blues rock, ‘80s, alternative. He loves it all. As long as it’s got loud guitars and good lyrics, he’s a fan. So, he brings that energy to it. He’s got great instincts when it comes to arrangements and when it comes to sounds. Both Jimmy DeGrasso my drummer in Black Star Riders, and Jarred Pope who did drums on my solo album, have said repeatedly what a great experience it is working with Nick, because he’s really hands on with the drums and making the transitions make sense. Again, he’s just a fan of writing and recording in every aspect. So, when you can get in the studio with somebody like that, it really makes my job easier as the artist and as the songwriter. He takes a lot of the guess work right out of it.” 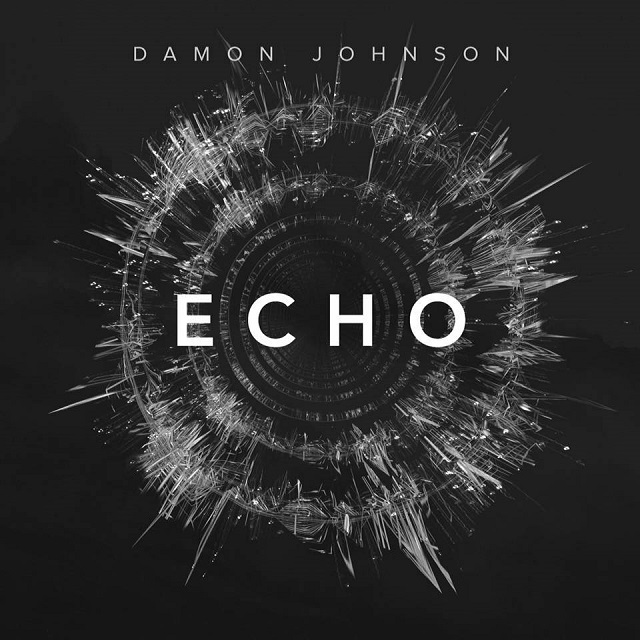 Damon Johnson: “The cool thing about this is it’s an EP, so it’s only five songs. There’s certain things about each song that I love. I’m really passionate about the first two tracks - ‘Dead’ and ‘Nobody Usin’.’ Both of them are songs that have been around for a while, and I always believed could be great. And now, they are. ‘Dead’ is a track that I had written with my buddy Kelly Grey, when we had our Slave to the System project several years ago. We had really hoped that that song was going to see the light of day at some point. So Kelly and I are really glad that we got that out. It’s just a great lyric, a great vibe. I’ve always enjoyed writing and playing songs in a drop-D tuning. Drop-D tuning in the ‘90s I feel got a bad rap, because it was usually used in bands where all you could hear was the kick drum and the singer screaming at you. And I came up in a time when drop-D was very musical. Even the Allman Brothers and a lot of the southern bands that I loved had songs in that tuning, so I feel like ‘Dead’ is more of a musical piece. And ‘Nobody Usin’’ is just balls to the wall, man. I’ve had a lot of people comment how ‘Nobody Usin’’ reminds them a lot of my song ‘Got No Shame’ from Brother Cane. It’s got that kind of tempo and intensity. And I haven’t recorded a song like that in a long time.”

BraveWords: Are you planning on doing shows in support of Echo?

Damon Johnson: “I am indeed. We’re putting shows together for the fall. My schedule right now is I’m getting ready to go to Europe to do a handful of Thin Lizzy festival dates. And then Black Star Riders goes right back into the studio with Nick Raskulinecz in August. So as soon as we’re finished with that record, I’ve got some solo dates that are being arranged as we speak. I’d love to be out September/October/November to promote Echo.” 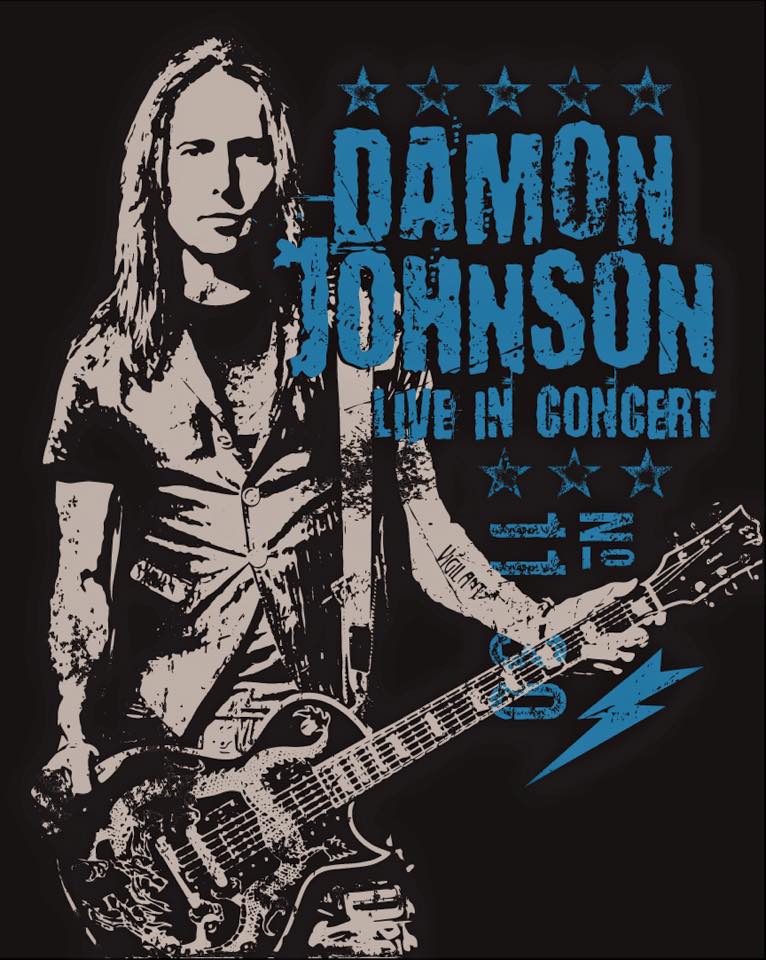 BraveWords: What can fans expect from the next Black Star Riders album?

Damon Johnson: “We feel really confident right now. We’ve had a great three years of promoting the two albums that we’ve had out. We’ve got incredible support in Europe and it’s really inspired us. We feel very fortunate to be middle aged classic rock guys that are still getting to make new music that people are listening to and paying attention to. We feel very fortunate that we get a lot of radio airplay in England - BBC Radio 2 has been incredibly supportive of Black Star Riders. We know if we can deliver another quality record that we’re going to have a lot of people waiting to listen and support it. And it’s a priority for us to do more touring in the United States for this third album. We’ve very excited about that.”

Damon Johnson: “It’s certainly something that I’m very proud of. And I have to tell you, most of those situations kind of came to me. I’d never been that guy that was looking to get co-writes or working the phone. I certainly have a lot of friends in Nashville that that’s their everyday life is co-writing and trying to get cuts on other people’s records. I was fortunate to have some kind of relationship in each of the instances you just named. I was friends with Ted Nugent - we toured with him with Brother Cane. I’ve been friends with the Queensrÿche guys for quite some time and they asked me to come and write. And in the case of the Stevie Nicks song and the Carlos Santana song, I was writing songs for myself - I maybe wanted to put them on some kind of a solo record. And I would play them for friends, who would go, ‘Oh, I know the guy who manages Stevie Nicks. I heard she’s looking for songs - let me send this to her.’ And sure enough, they would call back, and go, ‘Yeah, we like this song a lot.’ And the same thing happened with Carlos Santana - Clive Davis heard our song ‘Just Feel Better,’ and played it for Carlos, who loved it, and Carlos picked up the phone and calls Steven Tyler to sing the lead vocals. It’s crazy, man. I’m proud of all those songs, and whenever I perform my solo acoustic stuff, I play a lot of that material. It gives fans a chance to hear how the songs sounded in their original incarnation. I never went in and made some big, over-produced demo of those songs - it was just me and an acoustic guitar.”

BraveWords: Looking forward to the Lizzy reunion shows this summer?

Damon Johnson: “Very, very much. Thin Lizzy was the catalyst for what ultimately became Black Star Riders. I’m really grateful to Scott Gorham, who’s obviously been pivotal in the whole situation - for Scott to be a member of a legendary band like Thin Lizzy and he was out touring under the Thin Lizzy banner really since the early ‘90s. So for him to be so committed to making new music that he would step away from that brand name, and create a new band in Black Star Riders, and commit all his time and energy to that, is pretty unprecedented if you think about it. So, the timing was right. The promoters were reaching out, and they felt like they’d have Thin Lizzy on some of their festivals. We’re only doing six dates, and they’re all big shows. We’ve got a couple of great guests playing in the band - Scott Travis from Judas Priest is going to be on drums and the legendary Tom Hamilton from Aerosmith is going to play bass with us. I am elated about these dates, and I know the fans are really looking forward to it, as well.”