FAITH NO MORE And MR. BUNGLE’s Continued Influence On Metal 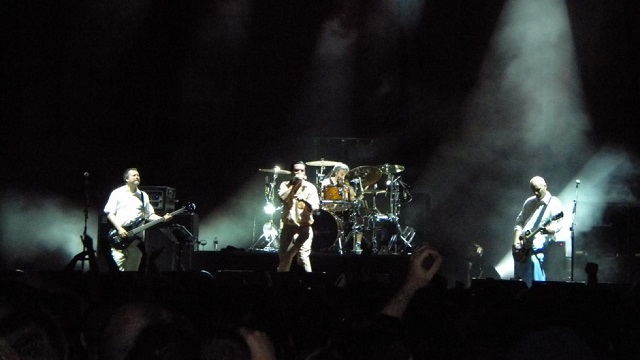 Faith No More would have been rocking US amphitheaters and arenas this summer alongside Korn if not for Coronavirus hampering all tours worldwide (but good news – a few dates have been re-set for next year, as listed on FNM.com).

And let’s not forget singer Mike Patton’s other band, Mr. Bungle, who welcomed Anthrax' Scott Ian and former Slayer/current Suicidal Tendencies drummer Dave Lombardo into the fold, for some very heavy shows earlier this year (while a re-recording of their early demo, The Raging Wrath of the Easter Bunny, appears to be on the way, as evidenced by photos posted online).

Besides both being among the most musically-varied rock bands of all-time (metal, alternative, funk, rap, lounge, gospel, grindcore, piano ballads…name a style, and they took it on), FNM and Bungle remain extremely influential on subsequent bands. In this excerpt from my book, The Faith No More & Mr. Bungle Companion, quite a few familiar names back up this bold claim.

Travis Stever: “The best way I can describe the influence is through a story. I fell off on Faith No More once Angel Dust came out. I only had given a couple of songs a chance. Big mistake. One day I was hanging with Claudio at my grandmother's house in Pearl River, New York. We were only fourteen or fifteen, and he had some tapes to listen to as we sat around. One of the tapes was Angel Dust. It had been out a year or maybe even more by then, and Claudio was all about it. He was about to put it on and I said I only heard a song or two from that record, and didn't think it would be good. He quickly replied with, ‘Fuck no - this album is great’ or something along those lines, and put it on. I was hooked. To this day, it's my favorite Faith No More record, and I can thank him for that moment of showing me the light. And that carried on for years to come. Claudio and I would drive along through our teens and early twenties blasting Angel Dust, King For A Day, and the very underrated Album Of The Year. They were a part of our youth and musical upbringing, so of course it influenced the music we created. I remember the first time Claudio showed me a demo of a song he had written for Coheed, called ‘Al The Killer.’ I was so excited about that song because of the Faith No More feel I felt it had. There are many more songs that we have done through the years that have had a guitar part or vocal melody that I will say, ‘Oh shit - there's that Faith No More influence’.”

Ville Valo: “I think it was a combination of bands [that proved to be influential from the early '90's]. It was the reunited Bad Brains, it was Jane's Addiction, definitely - Nothing's Shocking and Ritual. And then Faith No More. And it all happened at the same time. All the bands sounded really unique and the cool thing about it was that it wasn't like a big trendy thing, that all of a sudden 15,000 bands wanted to sound exactly the same. You couldn't because all those bands were so unique - the way of performing and doing what they did was un-copy-able. I think that's what makes it special and still makes it hold up.” 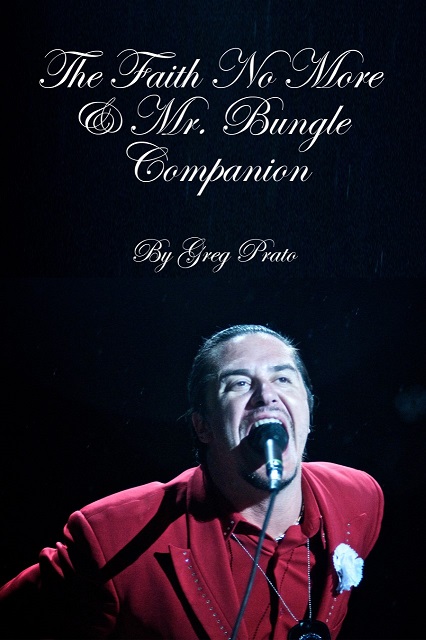 Max Cavalera: “Amazing. They did some of the most cool stuff ever. Angel Dust is one the masterpieces of rock, of all time. It's so furious sometimes, and then it gets super-melodic. And schizophrenic at the same time. And the album title Angel Dust is a great record title, also. Everything about it was great.”

Wes Borland: “Faith No More was definitely the move for me into being completely open-minded about weird music. I think it's weird enough to where it doesn't sound dated. It's its own thing and it sounds like Faith No More, but it doesn't sound like it was trying to copy anything else. So I think even though certain music reminds you of certain times in your life when you hear it, it was so different from everything else going on then. Actually, a lot of music from that period of time was so different. Like, I remember going to Lollapalooza over a two-year period [1992-1993], and seeing Primus, Rage Against the Machine, Ministry, and Red Hot Chili Peppers - there were all these bands that didn't sound alike, that were all kind of appealing to all these people at the same time. If you listened to Tool, you probably liked Primus - but they were nothing alike. And if somebody liked Primus, you could assume they probably liked Faith No More - but they didn't sound anything alike. It was a really interesting time, where all the bands that all my friends liked were all different from each other, in an extreme way. It's not like, ‘Yeah, I listen to Slayer and Megadeth, and bands that are more narrowly similar.’ That was an odd time if you think about it, and I don't feel like it's that way now. I feel like there are these very separate genres of music, where people are like, ‘I listen to THIS kind of thing, I listen to THIS kind of thing’.”

Jason Newsted: “For me, I just had the first few records. So that holds up. I still actually play Introduce Yourself a lot, believe it or not. I have Introduce Yourself on a CD in my little house in Florida, and I only have a handful of CD's there, so that gets played a lot. It takes me back to that place in Mabuhay that night, because that was a song that really caught me. [The song] ‘Introduce Yourself’ was really their big thing from the stage. When that happened, the whole crowd is in it. You are in that song and I'll never forget that. That takes me to a special place. I listen to that one more than any of their other records, for sure.”