GRAVE DIGGER – Tunes Of The Clans, In Fields Of Blood 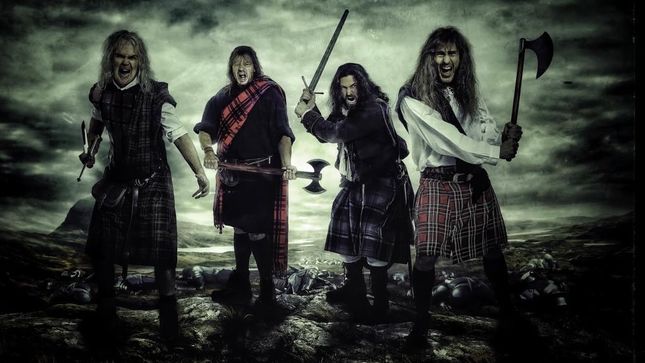 It must hit close to your metal heart when you are passionate about a historical topic that has little to do with your current heritage. Take long-running German metallers Grave Digger, who find great passion and lyrical fodder from the Scottish people and folklore. 2020 marks the 40th anniversary of the reaper, and the release of the band’s 20th album Fields Of Blood, out now through Napalm Records. The new album completes the Highlands story trilogy with the classic Tunes of War (1996), and The Clans Will Rise Again from 2010. The band had plans to celebrate their career with a special show at this year’s Wacken summer festival, but, well, as you know, the Coronavirus pandemic changed the world. Regardless, life goes on, and founding member/singer Chris Boltendahl was happy to talk about the album with BraveWords, and the band’s plans moving forward.

BraveWords: For someone not familiar with this album trilogy, tell us the basic plot, how the story evolves from the albums Tunes Of War, to The Clans Will Rise Again, to Fields Of Blood?

Chris Boltendahl: “The Tunes Of War album is more of a history lesson, written by our bass player then Tomi Göttlich who was responsible for the concept, about the Scottish struggles for independence from England and William Wallace. The Clans Will Rise Again is dealing with knights and legends from the Highlands. And the new one is more of a personal story, I describe Scottish history on more an emotional side, as I was a first person point of view. I am Edward McLean from the Clan McLean, he is working in a museum, and he starts daydreaming back to Scottish history and he describing the experiences from this time, from a personal view. This person is looking back on his history, and no, the album artwork is not a painting in the museum, as you ask. The album artwork is ‘The Battle of Stirling Bridge’, the First War of Scottish Independence.”

BraveWords: In the album bio is says parts of the album were recorded in the Scottish Highlands. Tell us about that and how it affected the music?

Chris Boltendahl: “(laughs), That’s actually a misunderstanding by the record company. All the bagpipe parts were recorded here in Germany where we recorded the drum and bass for the album. But the people who played the bagpipes also played on The Clans Will Rise Again album, and The Clans Are Still Marching live DVD, the bagpipe orchestra. So it’s also a bagpipe orchestra on Fields of Blood. The bagpipe players are from the Scottish Highlands.”

BraveWords: Do the songs “Highland Tears”, and “Liberty Or Death”, connect to this trilogy?

Chris Boltendahl: “Yes, ‘Highland Tears’ does, its connected to Scottish history, but it’s not connected directly. And ‘The Battle Of Bannockburn’, from the Knights Of The Cross album, is also about this topic. These two are the only other songs on other records” 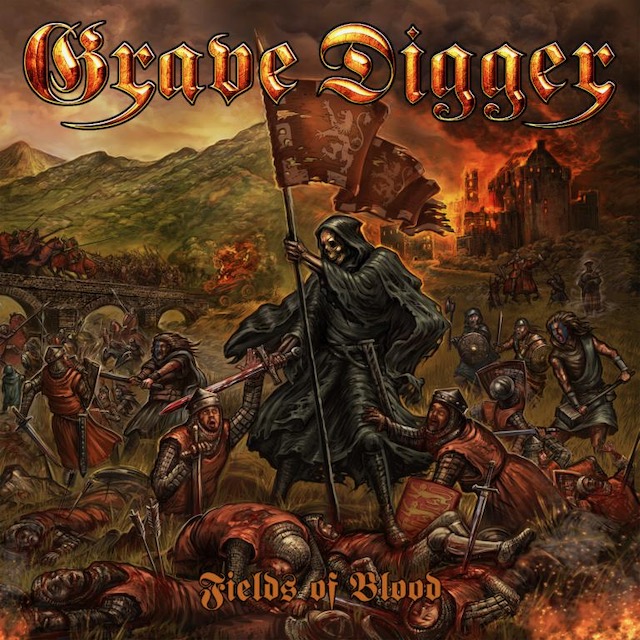 BraveWords: Is “Thousand Tears” connected at all to "The Ballad Of Mary (Queen Of Scots)", from Tunes Of War?

Chris Boltendahl: “Yes, it’s like a sequel. The first time we told this story it was the history of this queen. And now they are telling their own story, in the prison before she was executed.”

BraveWords: Why did you choose Noora from Battle Beast for the duet on “Thousand Tears”?

Chris Boltendahl: “Originally is was going to be Alissa White-Gluz from Arch Enemy, because she’s connected to Axel (Ritt – guitars), they are both vegan. But she didn’t have the time. So we remembered Noora from doing a bunch a bunch of shows with Battle Beast, and she’s great. A perfect Queen Mary. This song is in the same mood as ‘The Ballad Of Mary’, both are emotional songs. But this feels more emotional to me, if you are deep in the story. This describes something, like when I see Mary in the prison and she is waiting for the execution. So you put more emotions into the vocals given this subject matter.”

BraveWords: Why the album tile Fields Of Blood?

Chris Boltendahl:  “Normally our bass player, Jens Becker, is responsible for the album titles. And I said to him, ‘we are doing another album about history, look at the cover, what are you thinking about?’, and his first reaction was ‘Fields Of Blood’, (laughs). The title track is the last song we wrote for the album, and we wanted to show the people in one song, an overview about this trilogy. It’s great, ten minutes long of different atmospheres, emotions, goes into a part ballad section, you have the bagpipes, Braveheart’s last hours, he knows he’s being executed.” 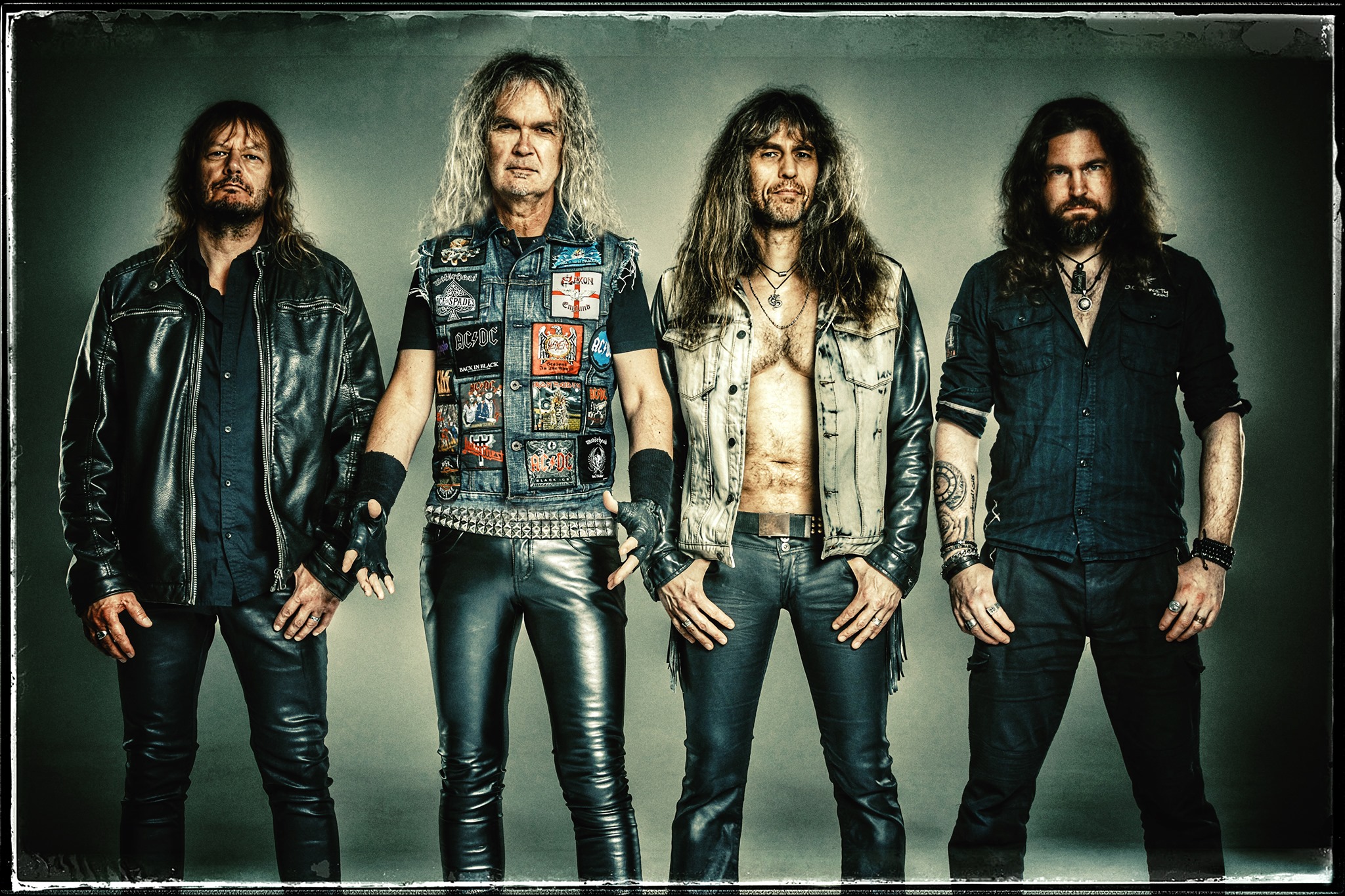 BraveWords: Any different instruments used on Fields Of Blood not heard on a previous album?

Chris Boltendahl:  “For sure, we used a percussion section from France, called Les Tambour Du Bronx they play on oil barrels, Irish small bagpipes called Uilleann, and the Great Highland bagpipe. We wanted to show the different sides to the two different types of bagpipes, the small bagpipes have a gentler sound. Last year when Grave Digger played in Europe we had a French tour manager, and he connected us with these instruments. And we wanted to have these bagpipes at Wacken this year for the 40th anniversary show, it was supposed to be almost 80 people on stage. Will it be rescheduled for next year, nobody knows. This coronavirus is a day to day thing. It’s a shame we were supposed to play a few great festivals over hear. It’s the 40th anniversary of the band, and the first year we won’t play any shows (laughs).”

BraveWords: Grave Digger go back and forth between Medieval and historical, to dark horror themed albums. Do you see a creative connection between The Reaper, Heart Of Darkness, to The Grave Digger, and Return Of The Reaper albums?

Chris Boltendahl: “We only think from album to album, I don’t think we see it in that way. We already have an idea for the next album, something we will work on during the pandemic stay at home quarantine. But I can’t tell you the concept, it is historical. But the rest is a secret (laughs).”

BraveWords: How do you think the Coronavirus will effect touring, festivals in the future? Business for Grave Digger?

Chris Boltendahl: “I know I will lose a lot of money this year because playing no shows means no money in the pocket. We are supposed to do this tour in Europe with Orden Ogan and Rage in September and we don’t know if that is still happening. We already have a toured booked early next year too. But nobody knows when we will return to a normal life, if and when this is possible. I think the most important thing is everybody stays healthy first, and take it from there. I have no clue. For Grave Digger, I will create an online shop at the band’s website and sell some merch, we are working on a face mask as well.” 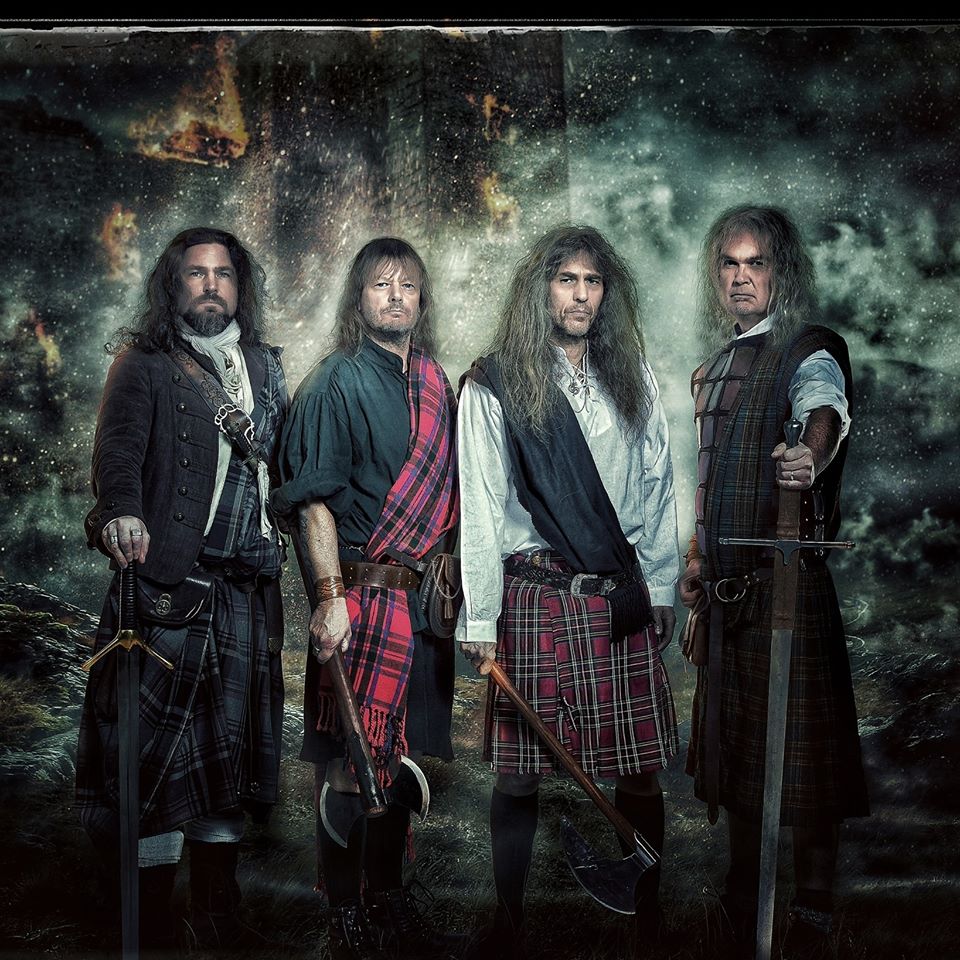 BraveWords: If things change to venues only allowing half the capacity, is that still worth it for the band to play live?

Chris Boltendahl: “Really, I don’t know if that will work. Like you go from 700 to 400 hundred or less people, I say no. It’s these large crowds, groups of people, that makes the virus spread. So how do you move forward with large groups of people together again? It’s very difficult situation we are all in.”

BraveWords: Any reissues, remasters, or concert DVD in the plans?

Chris Boltendahl: “Yeah, we have some reissues, including vinyl, from Locomotive and Nuclear Blast coming this year. No bonus tracks, just the original album, but with liner notes, and some vinyl versions. The Grave Digger comes out the end of May, Rheingold the end of June, Last Supper end of July, then the live album, and Liberty Or Death in September. But we put a lot of heart and soul into this new album. I hope everyone stays healthy so we can get through this, and in the meantime still support the heavy metal music, watch videos, concerts online. We hope to see you all again soon.”