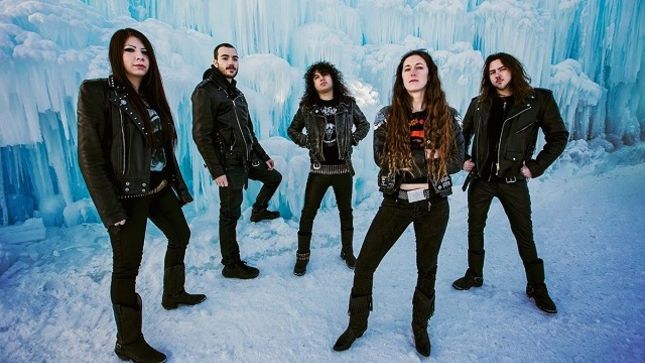 Female-fronted Edmontonian thrashers, Mortillery, packs a hell of punch on its third full-length release, Shapeshifter. Led by the air raid siren vocals of Cara McCutchen, the band blends Bay Area thrash elements with a dash of crossover influences and Iron Maiden-esque melodies. BraveWords writer Kelley Simms got the latest word on what Mortillery has been up to lately from frontwoman Ms. McCutchen.

BraveWords: What was your mindset while writing Shapeshifter, and what were you wanting to explore with the songwriting?

Cara McCutchen: “Like all of the other albums, I always write vocal parts that are difficult for me and perhaps unattainable at the time so that I can work on them and grow as a vocalist. So I think my mindset for all of our albums is to challenge myself.”

BraveWords: There’s a great combination of Bay Area thrash with crossover elements. What kind of a foundation was Mortillery built on and who are some of your influences?

Cara McCutchen: “Every member of Mortillery has very different influences. I think that's why we have so many crossover elements. I enjoy variety in what I listen to. My influences are bands like Exciter, Grim Reaper, Exodus, Dissection and Tridanna.” 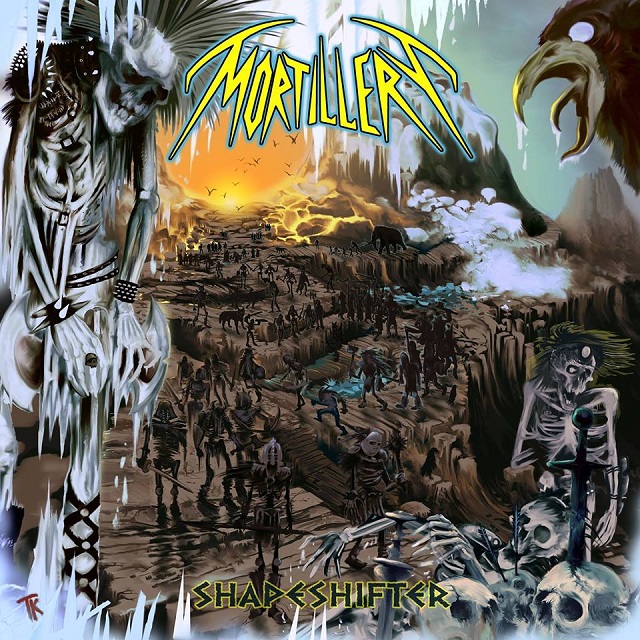 BraveWords: Your vocal range is atypical of just a straight forward thrash band. What were you trying to convey with your voice on the nine tracks?

Cara McCutchen: “My influences are all over the place. I'm sure that's why my vocals are a bit of a shit mix. I get bored easily so I really need to be able to have variety. I think my vocals in the song “Shapeshifter” really captures my power metal/black metal/thrash metal influences.”

BraveWords: Your elongated screams on several tracks are just wonderfully viscous. How did you discover your screaming ability and how do you project it without serious damage to your vocal cords?

Cara McCutchen: “Thank you. About 15 years ago a friend of mine and I were discussing trying to start an ’80s style thrash band. He was a drummer and I just said, ‘I bet I could sing.’ So, we found other members and I just went for it! It's hard to recall now because it's been so many years, but I'm sure my vocal cords were probably plotting their revenge on me back then!”

BraveWords: “Radiation Sickness” is the perfect intro to the album. Was it the clear-cut choice for the opener and how difficult was choosing the track sequence?

Cara McCutchen: “I’m happy you think so! It was indeed. We all agreed at the first conversation of it. I'm pretty sure Alex (Gutierrez, guitars) chose the rest of the track sequence as it just appeared one day and looked good to me.” 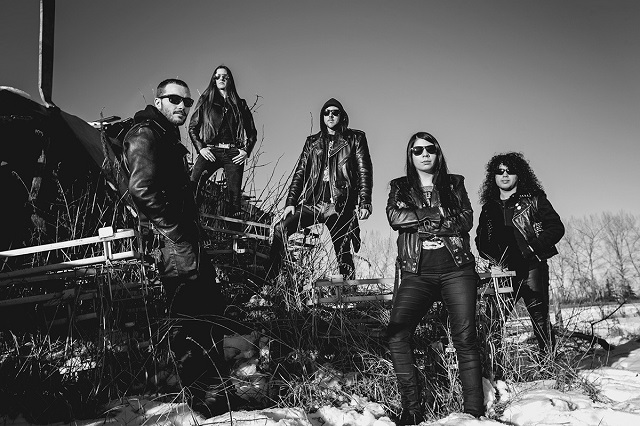 BraveWords: What was your lyrical inspiration for the tracks?

Cara McCutchen: “Cryptids and the paranormal fascinate me, so this album was very heavily influenced by the stories that I came across.”

BraveWords: In your opinion, how has the band progressed since its debut album Murder Death Kill?

Cara McCutchen: “I think we have all just grown as musicians. We are all getting better in our positions in Mortillery as time goes on, which I suppose is just natural progression. We all learn from our positive experiences and our mistakes.”

BraveWords: What’s the Western Canadian metal scene like at the moment and how do you fare in your hometown and the surrounding area?

Cara McCutchen: “The Canadian metal scene is very tight. We all know one another for the most part, so when we play it’s just like getting together with friends. It seems like there are always new bands popping up with members that you knew from previous bands. So when you play a show and don't think you know the other bands that you are playing with, when you get there you discover that you actually know most of the band members and it was just the band name that you didn't know. It's a lot of fun!” 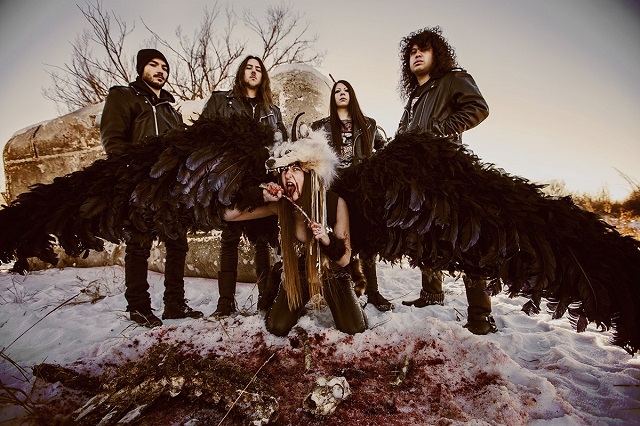 BraveWords: With this being your second release on Napalm Records, how has it been working with them?

Cara McCutchen: “It's been awesome! We would not have come this far without them lighting the way for us. I feel so lucky to be a part of their team and to have their support.”

Cara McCutchen: “We will have our CD release here in Edmonton on June 11th. We also have a bunch of other Canadian shows this summer. Then back to Europe in October with Suicidal Angels, Skull Fist and Evil Invaders! We are very excited to tour this year with our new album!”

BraveWords: What do you hope to achieve or accomplish next and what’s your ambitions for the band in the future?

Cara McCutchen: “I think our main goal right now is to tour with the new album for a while. Then hopefully write more and more albums. Cheers from Canada!”