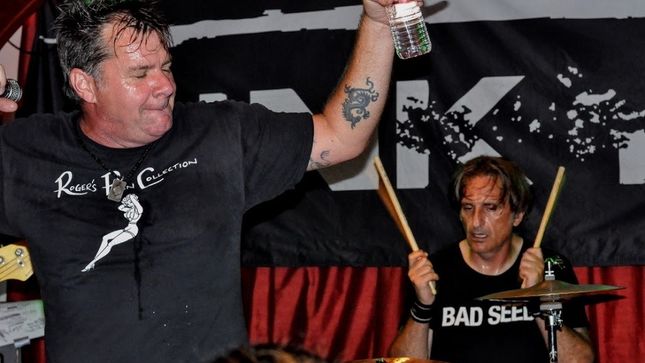 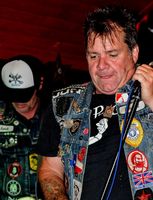 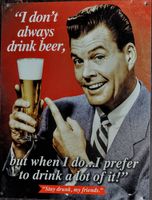 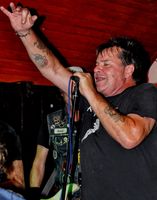 The tiny confines and cheap drinking Kung Fu Necktie ($2 Shelf Of Shame, featuring cans of Genesee, Black Label, Schaefer and National Bohemian, since Tecate, Rolling Rock & 16 ounce Hamms have been upgraded to $3), nestled in the non-gentrified section of Fishtown (beneath the El, elevated Market-Frankford subway line) is the perfect spot for a Junkyard concert. Signed to Geffen for their '89 eponymous debut, the band was wrongly lumped into the "hair band' craze, owing more to punk and country than the flashy glam of the Sunset Strip.

"Back On The Streets" seems an appropriate opener. No longer the skinny blond kid in the videos, Dave Roach looked relaxed and leaner than two years ago (although there's still a likeness to Meat Loaf, facially). Certainly thinner than most of the bearded and beer bellied middle-age crowd. The band behind him was a denim clad and baseball/trucker hat wearing ensemble. Anything but fashionable. Tim Mosher is on guitar and backing vocals, stage left. Kind of surprised by how little of the High Water material is aired, basically sticking to the debut and the Sixes, Sevens And Nines follow-up, which was fine with all in attendance. "Misery Loves Company" is the first of many sing-alongs (come the titular chorus), original drummer Patrick Muzingo bashing out the infectious rhythm. Roach has a bottle of water in hand (having given up drinking, despite having written some of the most realistic songs on the subject) for jangly "Simple Man", which ends virtually a cappella. Paradoxically, "Blooze" was lit in green. Might be the ultimate song about partying:

Now I ain’t talkin’ about no light-weight, penny ante weekend warrior
I’m talkin’ bout drinkin’
Talkin’ when got two bucks left, you don’t want nothin’ to eat
You just gotta keep drinkin’
Talkin’ bout when you get home at three but you don’t make it til four
Cause you can’t find the door
I went home went straight to my bed, I didn’t make it that far
Cause I fell on my head
Woke up to the morning light, burned a hole in my brain
Cause the sun’s so bright
Reached out for the first thing I could find was as half-drunk bottle
Of some cheap wine

Speaking of a slice of reality, "If you really love me, you just go away" (from their rendition of "Clean The Dirt"), is there a more accurate sentiment of late ‘80s Los Angeles? Keeping the energy level high, "Shot In The Dark" follows. This antithesis of the Sunset Strip is a handwritten addition to the pre-printed tour setlist at the guys' feet. The slow, bluesy break-up/betrayal tune, "Hands Off", complete with spoken narrative (courtesy Of Roach) is nearly drowned out by the crowd, screaming the words back at the band. Guitarist Jimmy James, he of the bushy mustache and connected sideburns, moves to Mosher's side of the stage, for the first time tonight, during "Hot Rod". More than once the guys have to be careful not to impale (or be impaled) by a headstock, such are the cramped confines onstage. Mosher begins "W.F.L.W.F.", which gives the fans multiple opportunities to drop the F-bomb. The night ends with "Hollywood" (sadly, no encore, as some dates have included "Sonic Reducer", The Dead Boys tune popularized by Overkill, in a nod to Junkyard's punk legacy). The song that made them famous, if you listen to the lyrics, it's the exact opposite of the glam image MTV was foisting on viewers, back then. Roach delivers the words, hand on head. When they finish, the band don't duck into the basement dressing room, but rather jump off the stage and into the audience, to shake a few hands. One big happy family.

Opening, on this string of dates, is Charlie Bonnet, a self-professed "hillbilly rock star," from Nashville. The namesake/singer/guitarist leads a shit-kickin' trio, playing hepped up countrified blues/southern rock punctuated by his between song storytelling (when he's not drinking from a red plastic gas can. Yeah, the type you use to refill your lawnmower!) His sound and style are a good match to the headliners. Get there early and check him out.