ACE FREHLEY Discusses Upcoming Origins Vol. 2 Album – “I’ve Got A Song By HENDRIX And A Song By CREAM And THE ANIMALS” 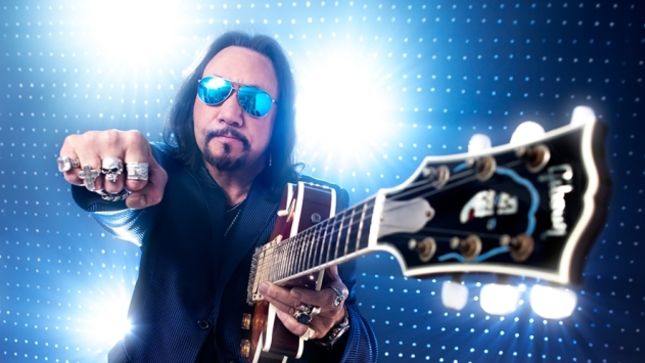 Speaking to Tulsa World, original KISS guitarist Ace Frehley discussed his upcoming covers album and sequel to Origins Vol. 1, Origins Vol. 2 and some of the artists he’ll be covering on this go-around.

Frehley said, “On the new album, I’ve got a song by (Jimi) Hendrix and a song by Cream and The Animals. I even have a song by Paul Revere And The Raiders. But those were the groups that influenced me when I was growing up as a guitar player, so that’s what Origins is all about. That’s what the (Origins, Vol. 1) was, and now, I’m doing Origins, Vol. 2 and I stuck to my guns with the whole idea behind the record and the concept behind it.”

The guitarist also spoke about the ’78 KISS solo albums where his was the best-selling out of the four. “It was kind of a revelation to me,” Frehley revealed. “I realized at that juncture of my life that I was more productive and more creative away from the guys. It was kind of like the beginning of the end because as much as I enjoyed working with KISS and doing the whole spectacle thing, I realized I was more creative away from them. Eventually, I knew I was going to end up leaving the band to form my own band.”

Frehley has released an official music video for the song "Mission To Mars". It is entirely animated by artist Christopher Fequiere, a first for Frehley. Chock full of KISS fandom easter eggs, this video is the second music video that we've seen from the Spaceman LP. "Mission to Mars" follows the release of "Rockin' With The Boys" that was released last year.

Ace performs next on June 28 at Bergen PAC in Englewood, NJ. Find his tour itinerary and ticket links here.