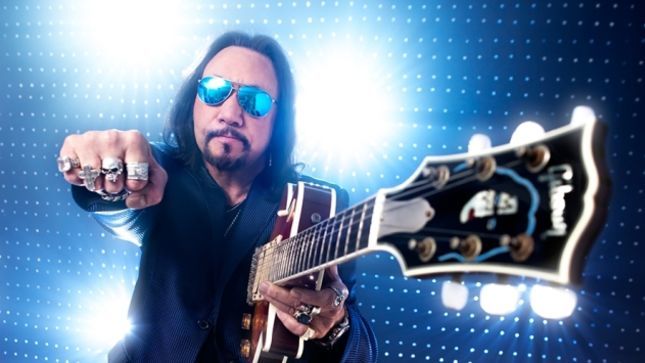 On November 21st, original KISS guitarist Ace Frehley guested on Trunk Nation: L.A. Invasion on SiriusXM. During the interview, availabel below, Frehley discussed Origins Vol. 2, the follow-up to his 2016 album of cover songs.

Frehley: "I have Lita Ford singing 'Jumpin' Jack Flash' (The Rolling Stones). It came out fabulous. It was a lot of fun working with Lita because she's like my sister. KISS and The Runaways used to tour together back in the '70s. I have Bruce Kulick doing a solo on 'Manic Depression' (Jimi Hendrix), I have John 5 playing on a Beatles song, 'I'm Down'. And he did one other song, 'Politician' by Cream."

Earlier this year, Frehley released an official music video for the song "Mission To Mars". It is entirely animated by artist Christopher Fequiere, a first for Frehley. Chock full of KISS fandom easter eggs, this video is the second music video that we've seen from the Spaceman LP. "Mission to Mars" follows the release of "Rockin' With The Boys" that was released last year.