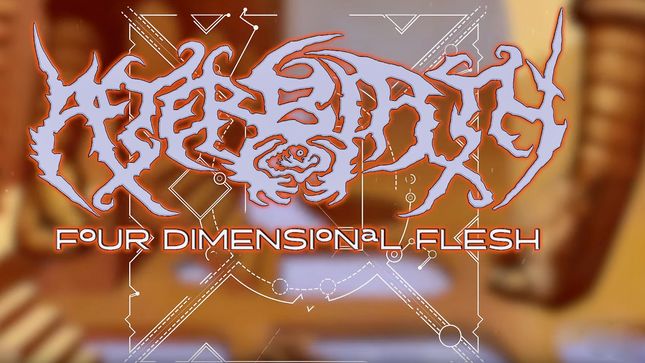 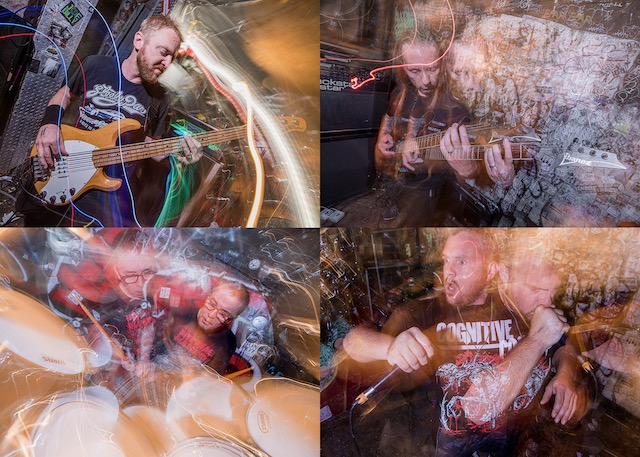 The 11 track album finds the venerable Long Island group - which features members of Helmet and Artificial Brain - continuing to push their complex, progressive, and devastatingly heavy take on extreme metal forward into new realms of musical nuance and songwriting prowess. The effort was recorded by Colin Marston (Gorguts, Artificial Brain, Imperial Triumphant) with artwork for the effort coming from Kishor Haulenbeek.

Born from a grueling three year writing process, Four Dimensional Flesh shows Afterbirth at the height of their powers and further cements their place in the pantheon of underground death metal, which they have held since their formation in 1993.

The group commented, “The material on our second album, 'Four Dimensional Flesh', is the end result of a creative process that started in late 2016 and concluded in the summer of 2019. It is a body of work that is loosely conceptual in nature and continues to expand upon ideas put forth on the debut while also introducing some new elements for the listener.

"Four Dimensional Flesh once again features cover art by artist Kishor Haulenbeek and is the band’s first recording with engineer Colin Marston. This album, not unlike the rigorous process the band members engaged in while creating it, will be what we hope is a profound musical journey undertaken by any and all who venture to listen.

"The members of Afterbirth believe, with every confidence, that 'Four Dimensional Flesh' is the next logical step in the band’s evolution. It is an album that most certainly contains some of our most brutal, intense and heavy music to date, but it also embodies some of our most impassioned, nuanced and forward-thinking material as well.” 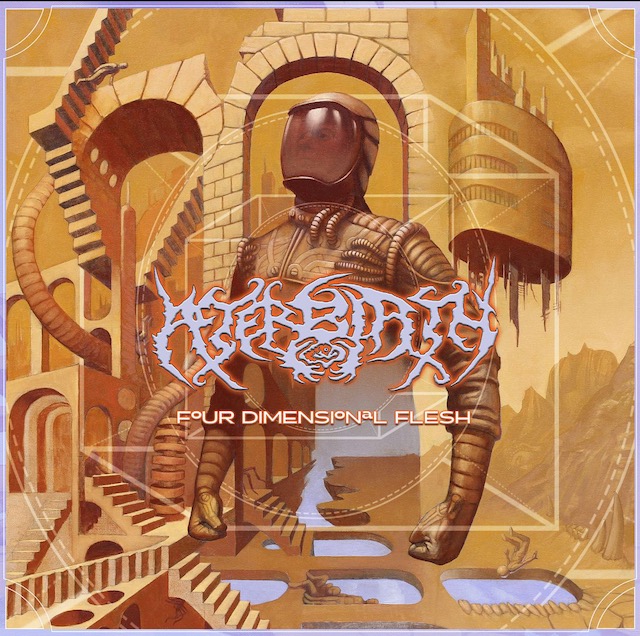