AHAB Defend Similarities To GIANT SQUID Artwork For New Album - "Unfortunately, We Didn't Know The Band Or The Cover" 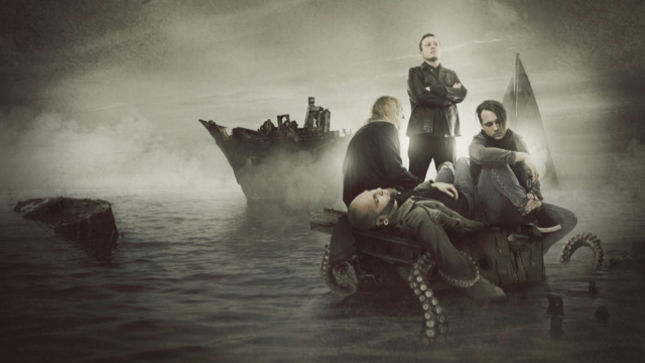 German nautical doom act Ahab have checked in with the following update:

"Quite some messaging going around with the guys of Giant Squid (a San Fransisco based band) about our album artwork. They thought our cover artwork of The Boats Of The Glen Carrig is too close to the one of a re-issue of the Ichthyologist. Unfortunately we didn't know the band or the cover. That being said: we still do not think there's much more similarity than a hand being turned into a sea-animal (two different ones, by the way)

Anyway, we hope this settles the argument because we (and I guess also Giant Squid) do not like bitching with fellow artists. 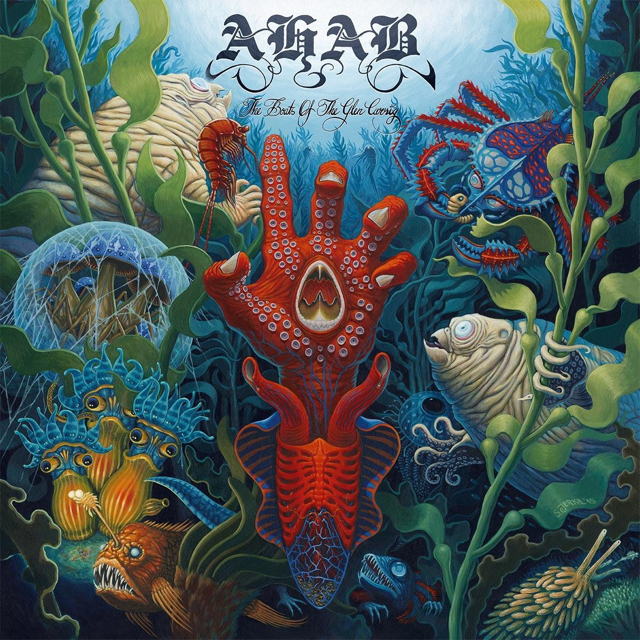 Giant Squid posted the following message online, which Ahab gladly reposted as per their request on their Facebook page.

"Been talking with Ahab, who say they and the artist were officially and completely unfamiliar with both Giant Squid, and the Ichthyologist. So there you go. Let's chalk it up to crazy coincidence, kindred spirits thinking alike, if you will.

I love Ahab. One of my favorite bands going today. Divinity of Oceans is almost perfect and is one of the only albums from a band I've just spontaneously acclaimed out of the blue on this page. The Giant was great too, and I'm sure this new album will crush. And, as an illustrator, that album art is amazingly well done, truly beautiful. Except... eeesh, that sure reminds me of a cover of a certain landmark album by a certain band. Anyone else feeling me on this? Seems I'm not the only one calling it out in the comments. Eh, whatever I guess.

Remember that one time we wrote an album about the New Jersey shark attacks, and then another band did it two years later. Yeah, me too. Sigh..."