AIRBOURNE - "Rock And Roll Is A Universal Language, Everywhere We Go They Speak It" 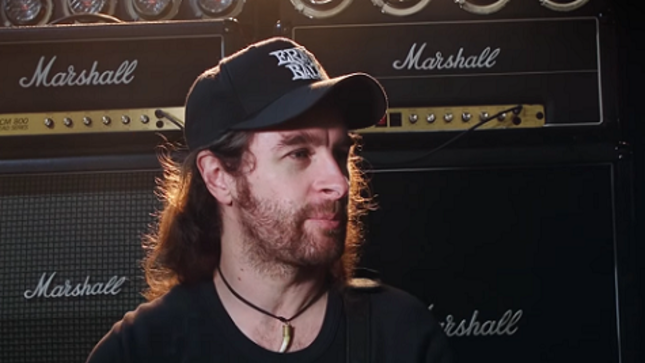 Marshall Amplification hung out with Joel O'Keeffe and Harri Harrison of Airbourne before their show at Rock City to talk music, inspirations and their Marshall rigs.

Australian rockers, Airbourne, will embark on the first North American tour in support of their riff-roaring new album (and fifth overall), Boneshaker, out now via Spinefarm Records. The spring tour kicks off April 20 in New York City and concludes on May 23 in Montreal. The trek includes appearances at several major rock festivals, such as Sonic Temple and Epicenter. All dates are below.

"We're mega pumped up to the max to bring the Boneshaker World Tour to the USA," says frontman and guitarist Joel O'Keeffe. "We’ve been blazing non-stop across Europe and Australasia and now we're coming your way USA to kick your ass!”