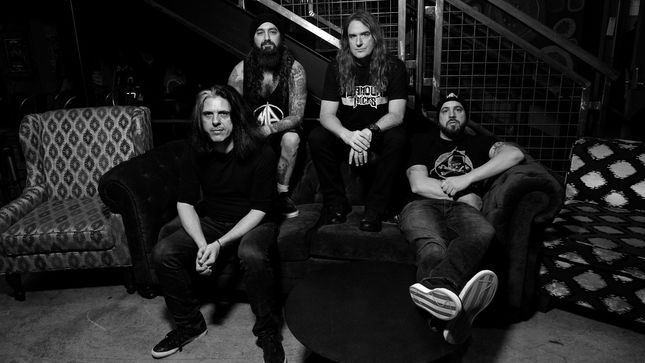 Metal Allegiance are set to celebrate their 5th anniversary this week with four shows on the West Coast. Watch a video invite from Alex Skolnick below:

The final date of the trek will take place in San Francisco on April 20 and will feature a screening of Murder In The Front Row's documentary earlier in the day followed by a night of epic performances celebrating several anniversaries. 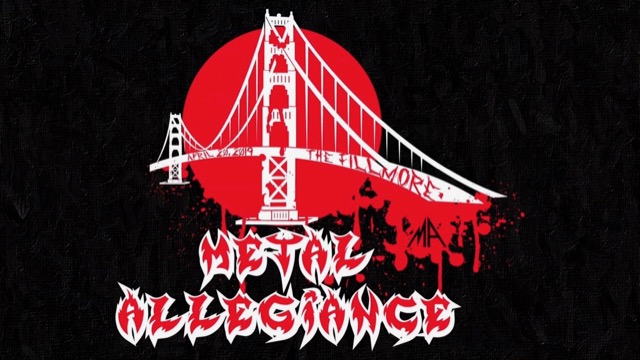 Murder In the Front Row: The San Francisco Bay Area Thrash Metal Story will be premiered at the AMC Kabuki Theatre. The film which shares the same title as the 2012 book chronicles the rise of the Bay Area thrash scene in the 80's. The film highlights interviews from Metallica, Slayer, Anthrax, Megadeth, Exodus, Possessed, Death Angel and many more.

Following the screening, Metal Allegiance will perform at The Fillmore and will feature special appearances by members of Bay Area thrash legends, Exodus. The night will see the return of the H-team of Holt and Hunolt as well as Tom Hunting and Steve "Zetro" Souza who will share the stage with members of Metal Allegiance. Don't miss your chance to witness these legendary performances.

For Metal Allegiance's four shows, fans will be able to purchase an upgrade VIP package. Below is a list of items included in the package which can be purchased here.

For the 5 year anniversary trek, attendees are able to purchase a very limited guitar lesson with Alex Skolnick. Each of the four shows will offer 4 guitarists the chance to spend 40 minutes learning from Alex and the package will include an IK Multimedia iRig Micro Amp, IK Multimedia iRig 2 as well as Metal Allegiance memorabilia and a personal photograph & autograph signing with Alex Skolnick after the lesson.

For more information on the classes, head here.