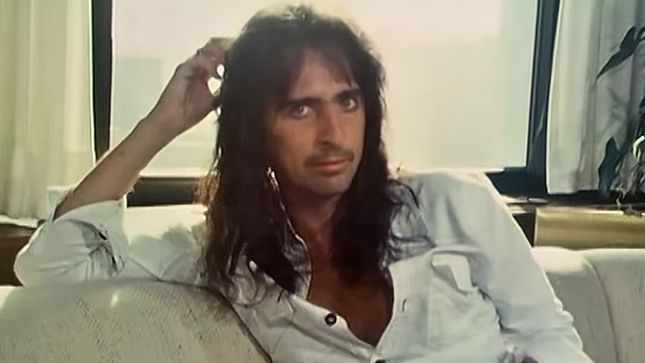 Alice Cooper’s Billion Dollar Babies Live will be available on vinyl for the first time for Record Store Day Black Friday, on November 29.

Recorded live at Sam Houston Coliseum, Houston, Texas on April 28, 1973, this exclusive release will be limited to 6,000 units worldwide. Get your copy at your nearest local independent retailer on November 29. More details here.

In celebration of this special release, we have uncovered a rare interview of Alice Cooper in the midst of the massively successful 1973-1974 Billion Dollar Babies tour. In the video, he is interviewed at the Hotel Hesperia in Helsinki, Finland, discussing his stage persona, rock music, violence, his audiences, and musical influences.

At the time Alice was in Europe to promote his upcoming movie, Good To See You Again, Alice Cooper, which predominately featured live concert footage recorded at the Sam Houston Coliseum show. Alice then headed to South America to finish the remainder of the tour.

This rare interview filmed by YLE, The Finnish Broadcasting Company for the Finnish TV Show Iltatähti, was originally broadcast on April 13, 1974.